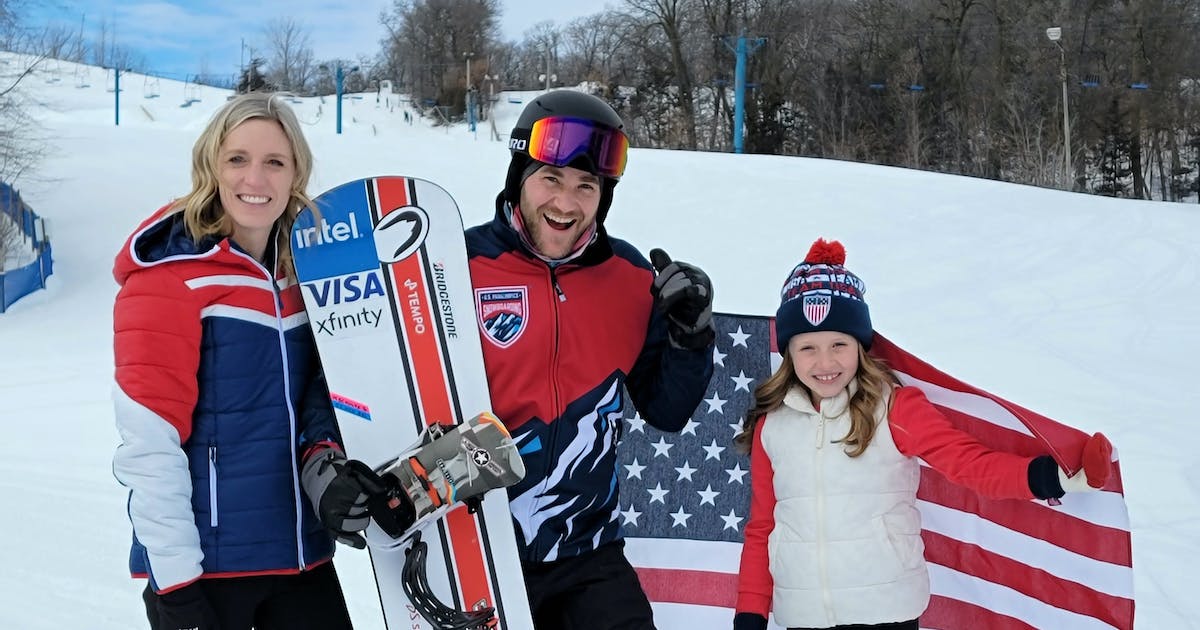 Now that Mike Schultz has turned 40, his pre-race routine takes twice as long as it did at the start of his career. Some days it takes him three times as long to warm up his muscles before jumping on his snowboard.

“I’ve been a professional athlete for almost 20 years now, and I’m starting to feel it,” he said with a laugh. “My competitors are all in their early twenties. But I want to keep these young guys honest.”

Although Schultz might need a little more time to prepare, he’s still one of the fastest in the world when the race is on. The St. Cloud resident will get another chance to show his speed at the Paralympic Games in Beijing, where he will try to defend his 2018 Paralympic gold medal in snowboard cross and his silver in banked slalom.

The motorsport star turned snowboarder is busier than ever heading into his second Paralympic Games. His company, BioDapt, continues to provide adaptive athletes around the world with the high performance knee and foot prostheses he developed. Schultz is relishing his time as a husband and father, and he recently released an autobiography, “Driven to Ride.”

He plans to retire from competitive sport after the Beijing Games. Again, he might not. No matter how long those warm-ups take — or how many other roles he juggles — being an athlete still energizes Schultz every day.

“I always think, ‘This will be my last year,'” Schultz said. “I have already achieved everything I really wanted.

“Then I do well at an event, or immerse myself in a practice session, and realize I’d have a huge hole in my life if I didn’t have that. I’m a competitor from start to finish, and I absolutely love the process: the training, the preparation, being on the circuit. It’s 100% a lifestyle. It’s not just something you do. That’s part of what keeps me coming back.”

A native of Litchfield and a graduate of Kimball Area High School, Schultz retained his deep Minnesota roots. He trains at Powder Ridge in Kimball and BioDapt is based in St. Cloud. During racing season, he travels the world – accompanied by Lucky Bear, the stuffed toy given to him by his 8-year-old daughter Lauren.

His new book details the decade since the 2008 snowmobile racing accident that led to the amputation of his left leg above the knee. Schultz turned to adaptive sports and found even greater success, winning 10 gold medals and a silver at the X Games in adaptive motocross, snocross and snow bikecross.

A lifelong do-it-yourselfer, Schultz discovered that ordinary prosthetics didn’t work well for action sports athletes. He designed the Moto Knee, a high-tech prosthesis that uses a mountain bike shock, and later created the Versa Foot. These devices have helped hundreds of amputees return to recreational sport, and they will be used by a dozen snowboarders at the Paralympic Games.

“Last summer we built a mini Moto Knee for a little boy named Logan, so he could ride a dirt bike,” Schultz said. “Seeing him light up for the first time when he put his leg up was gold.

“When I had my accident, sport was the only thing that allowed me to look forward in a positive direction. When you have something that you look forward to every day, it’s a game-changer. It’s quite gratifying to be able to help people get back to sports and recreation.”

Schultz didn’t start snowboarding until 2011, at the suggestion of X Games organizers. He has won several medals at the world championships and on the World Cup circuit, which puts him among the favorites in the men’s LL1 category (lower limb amputation or significant impairment) in Beijing.

Writing the book gave him time to reflect on his journey. Schultz said he wanted to capture the full spectrum of emotions, from the fear and uncertainty he faced when his leg was amputated to the pride of winning a Paralympic gold medal on a knee he has built in his own shop.

After the Beijing Games, Schultz will go on a book tour, then think about his future on the mountain. He continues to improve his racing tactics and strategy, and he says turning 40 has motivated him to work even harder.

When he retires from racing, Schultz will continue to make prosthetics to help others go faster. Until then, he will be fully focused on beating them.

“I want to push these youngsters for as long as possible,” he said. “But I know I’m going to be part of this sport, one way or another, for a long time.”