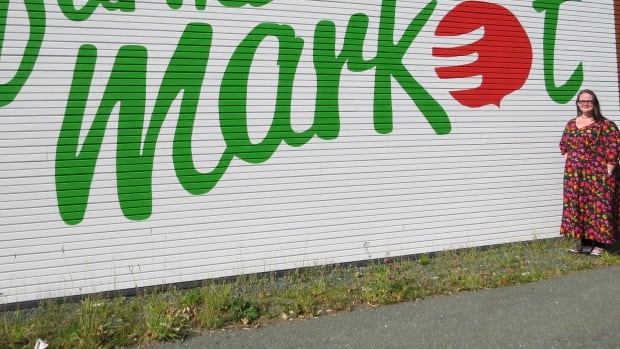 A page turner at a farmer’s market: discover the local authors and book lovers on display this weekend

If your favorite day of the school year was the Book Fair, you’re in luck.

The St. John’s Farmers Market on Freshwater Road is taken over by book lovers on Sunday, offering around 40 vendors attending a local book fair.

“We thought it would be a good thing to bring together a wide range of different booksellers, peripheral organizations, all things books to bring people together and have their own little market just for book lovers,” said Anstey.

Booths will feature local publishers and authors, used book sellers, and the Writers’ Alliance of Newfoundland and Labrador. There will also be paraphernalia related to the book, including letterpress embossing and the sale of handmade journals.

For those hungry, Fatima’s Indian Food, the Jewish Deli and Casablanca Bakery will also be present, she said.

The book fair shines a light on what Anstey described as the province’s high-quality, but often overlooked industry.

“So you have booksellers that sell for all genres, not just the traditional Newfoundland genres. So this is a great opportunity to showcase the diversity of skills of some really talented local authors and local book publishers. “

The event also aims to give a boost to an industry that has been shaken by the pandemic, according to Engen Books co-founder and author Matthew LeDrew.

“It’s really terrible and everyone, as far as I know, has come and gone now, thankfully, and adjusting their plans accordingly. But the great thing you have to realize is that the books are arranged to be. released well in advance, ”LeDrew said.

He has already set aside time with a printer in February and beyond for future projects.

When the stores closed, many publishers had no place to sell books and had to adapt to the digital world, he explained.

Luckily for Engen Books, they were already digitally publishing and selling audiobooks during the major pandemic crisis. The company even saw an increase in the number of people staying at home who needed entertainment, LeDrew said.

The event aims to help the book industry and local vendors, Anstey said, adding that “everyone who comes here is a small local business. And we want to celebrate that.”

The book fair is also an opportunity for authors to meet and build relationships with other industry players.

“I would love to encourage writers to come out as there are very rare cases in this province where all the publishers are in one place. If you are a local writer, this is kind of heaven to showcase your book and see who would be interested in your book, ”said LeDrew.

” Outside of the [Writers’ Alliance of Newfoundland and Labrador] Annual General Meeting, which will be virtual again this year, there are very few one-stop-shops where you can come and network that way. “

This is the first St. John’s Farmers Market Book Fair, with Anstey and LeDrew saying they would like it to become a regular event.

“St. John’s and Newfoundland are sort of hungry for this type of book event,” said LeDrew, noting that Nova Scotia is having the Word on the Street Halifax Book and Magazine Festival, something that missing here.

2021-10-02
Previous Post: The life of this scribe is a real page-turner
Next Post: Keyboard Layout Identification Guide | Digital trends