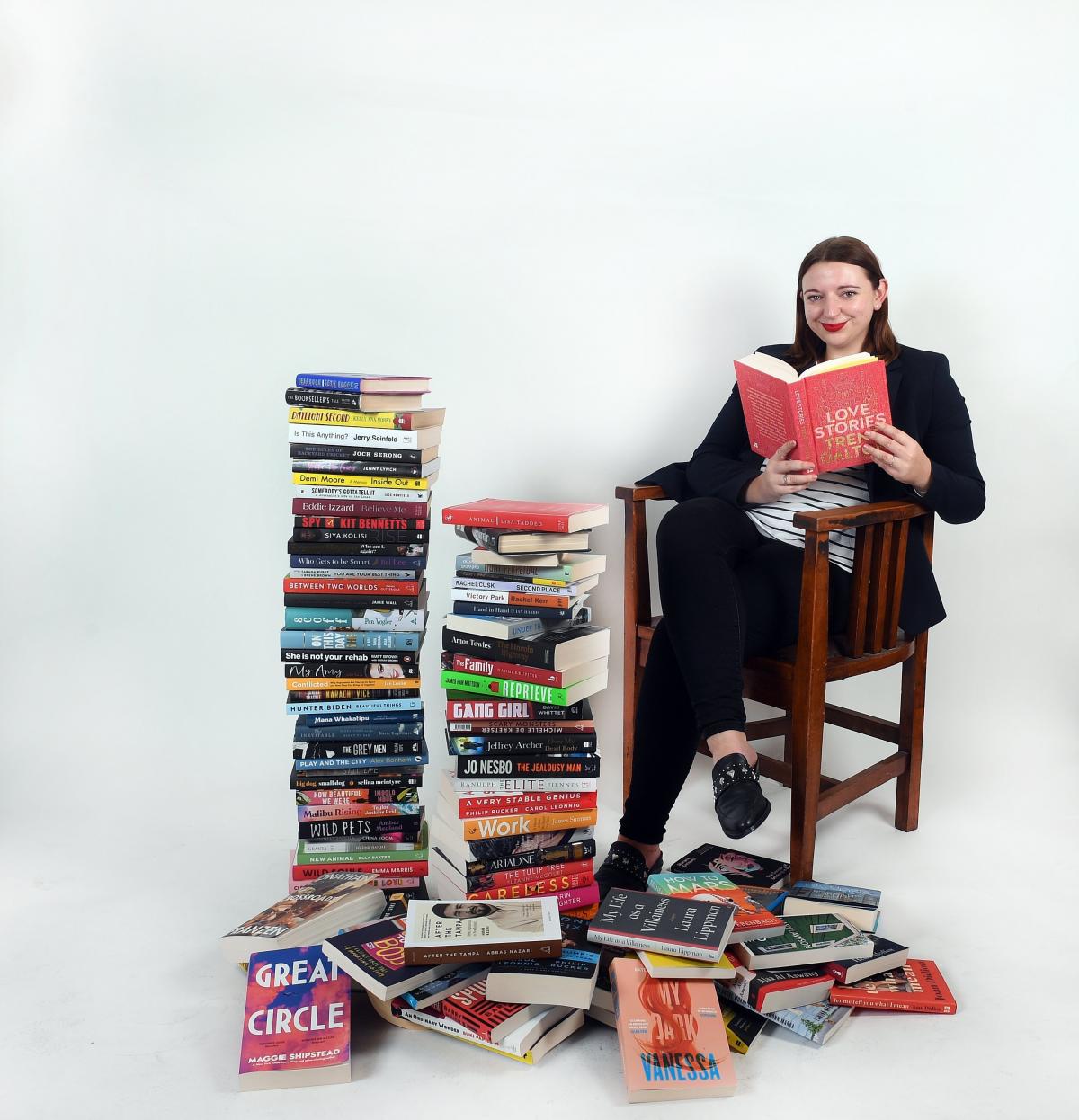 A year that turns the page for the born-again bookworm

Journalist Daisy Hudson set an ambitious goal of reading 52 books last year, which quickly turned into a goal of 100. She writes about the highs, lows and discoveries of reclaiming the ‘writing.

Author Jhumpa Lahiri once said that books “allow you to travel without moving your feet”.

In the strange times we live in, where the globetrotter seems like a pipe dream and the walls of our homes can begin to close in, the prospect of being able to escape to another world is alluring.

Whether it’s the moving stairs and talking pictures of Hogwarts or the leafy idyll of the Shire, books can create rich new landscapes to capture our imaginations.

I wish it was for a noble reason like this that I decided to set myself the goal of reading 52 books last year.

In reality, it’s just because I’m stubborn and competitive.

And in terms of New Year’s resolutions, that seemed more achievable than learning the trumpet or taking spin lessons.

But let’s back up for a second.

For most of my life I have been an avid reader.

In high school, I devoured several books a week.

I read the whole thing the Lord of the Rings series at 9 years old, not because I was particularly interested in hobbits, but just to prove to my teacher that I could.

Yes, I was that child.

I went back to a book, a damaged copy of Tomorrow when the war startedso often that the school librarian just gave it to me.

However, once I started working full time and spent much of my day going through reports, emails, and news stories, my reading slowly declined.

I imagine a lot of people feel the same way. After a long day at the office, it was easier to swap one screen for another and sink into a silly Netflix series that didn’t test my tired, fried brain too much.

But by the end of 2020, I had decided that I wanted to return to my old favorite hobby and enjoy reading again for fun rather than necessity.

Setting a goal of 52 pounds for the year, I opened an Instagram account to track my progress and write short reviews.

I started with a hiss and a roar, tearing through Barack Obama’s 700-page autobiography with all the fervor of a political geek in his element.

It was easy to tick off book after book during the heady days of summer vacation, when there was nothing to do but sit in the sun with a book and a drink.

But I’m not going to lie, it was also hard work at times.

Not one to give up easily, I sometimes persevered with books that should have just been put back on the shelf.

Because I published what I read publicly, there was also a push to read more “erudite” books, rather than the lighter fare that I would probably have enjoyed more.

And there were times when I had to force my tired eyes to keep reading for another 50 pages, or just one more chapter, when all I wanted to do was start a new episode of Schitt’s Creek.

I was pleasantly surprised by how quickly I got back into the rhythm of picking up a book rather than turning on the TV.

As half of the year approached, it became clear that I was going to hit the 52-pound goal with several months to spare.

The more I read, the more I wanted to read.

Instead of resting on my laurels, I increased my goal to the daunting but satisfying number of 100.

To achieve this, I had to get out of my comfort zone.

I’m ashamed to say that I hadn’t read much New Zealand fiction before this project. I’m not sure why – maybe it was just out of ignorance, or maybe I just didn’t think books here could be as good as those produced elsewhere.

It looks like a very kiwi trait. A mixture of big poppy syndrome and a strange colonial inferiority complex.

Unsurprisingly, I couldn’t have been more wrong.

Some of my favorite reads this year have been written by Kiwi authors, from Rebecca K. Reilly’s hilarious and heartfelt book. Greta and Valdinto the amazing Sue Orr Loop tracks.

Browsing through the long list of fiction from the Ockham New Zealand Book Awards has once again opened my eyes to the wealth of creative talent this country produces.

This is my mea culpa. I’m sorry, New Zealand authors.

Trying books I otherwise would never have delved into led to authors who quickly became new favorites and whose words had a profound impact on me during another difficult year of this tiresome and worrying pandemic.

Rebecca Solnit’s essays on feminism provided an outlet for my most frustrating days, while authors such as Bernardine Evaristo, Anthony Veasna So and Brandon Taylor opened my eyes to the lived experiences of those who are not born with the privilege that I was.

This is perhaps the most valuable thing that this year of reading has taught me.

By expanding my horizons, stepping out of my comfort zone, and immersing myself in other people’s stories, I think, or at least I hope, I’ve become more empathetic, more aware.

Completing the 100th book in early December felt like reaching my personal peak, the end of a 12-month literary journey that at different times had me crying tears of laughter, tears of sadness or sometimes just tears of frustration after reading something brilliant and realizing that I will never approach that level of creative genius.

The day after my hundredth birthday, a new book landed on my desk thanks to our book editor.

I was immediately excited at the thought of cracking, completely forgetting that I had already achieved my goal.

It turns out that reading is like riding a bike.

The more you practice, the easier it gets, and before you know it, you’re hurtling to new places and new adventures, discovering the world one pedal, or page, at a time.