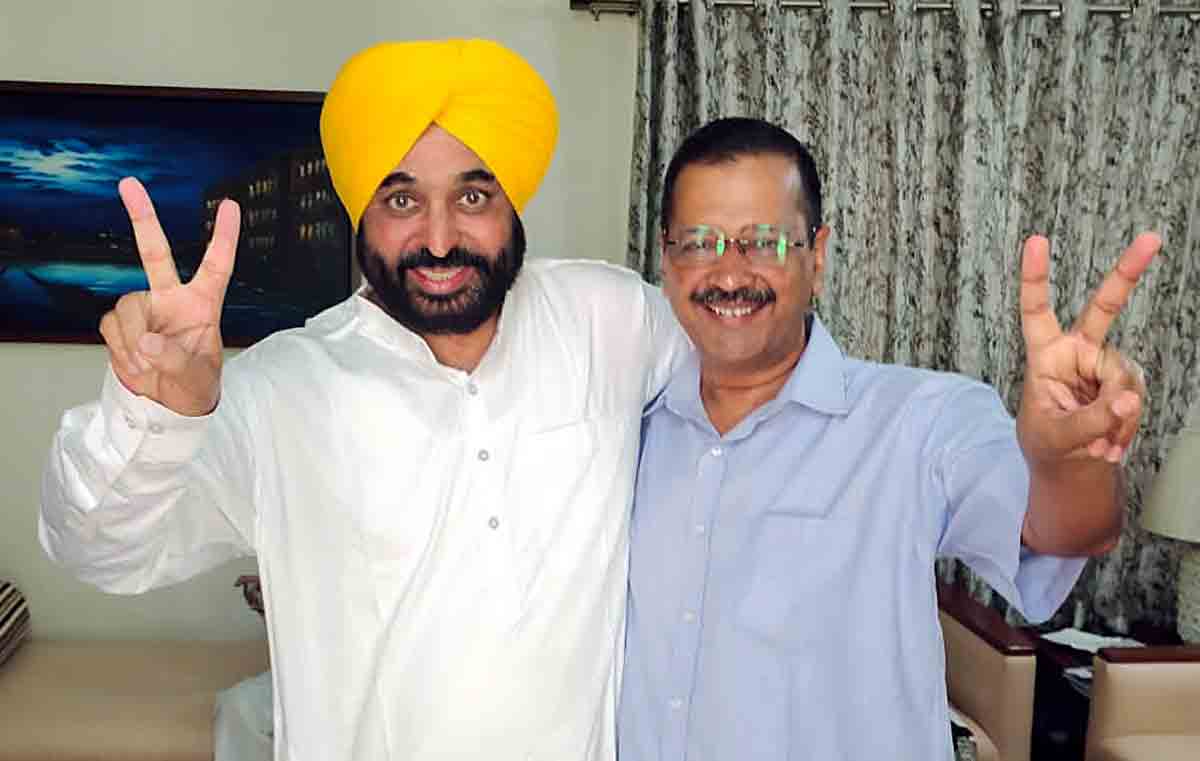 Chandīgarh: Bhagwant Mann of the Aam Aadmi Party (AAP), who won the Dhuri seat on Thursday by a margin of 58,206 votes, is set to become Punjab’s next chief minister.

The AAP is heading for a landslide victory in the 117-member Legislative Assembly by winning more than 90 seats.

In his first public speech in his hometown of Sangrur after winning the seat and seeing the party’s meteoric rise, Mann promised to solve unemployment as his first task in office.

“No state government office will have the picture of CM Punjab but will carry a portrait of BR Ambedkar.”

Mann said he would be sworn in as chief minister in Bhagat Singh’s ancestral village, Khatkar Kalan, not Raj Bhawan.

“We will make sure that young people don’t have to go abroad… Within a month you will see changes,” he added.

The AAP leads in 91 of the 117 seats in the Punjab Assembly, according to the Election Commission of India (ECI) website as of 1:10 p.m. The Congress was in the lead with 17 seats so far .

For the AAP which was betting on “Hun ek mauka Kejriwal nu (now a chance for Kejriwal)” – arguably one of the biggest blitzes – double MP Mann took the lead as the face of the minister chief.

In the 2017 Assembly elections, the AAP had made inroads among Jat Sikhs by becoming the second largest party with 20 seats, 18 of which were in Malwa region. However, it failed to establish itself in the Majha and Doaba regions.

Mann held his fort despite Modi’s wave across the country in 2019 by retaining the seat of Sangrur Lok Sabha for the second time in a row.

“The fight is not to save political families but to save Punjab, farmers, agriculture, industry and youth. Due to lack of jobs and better educational infrastructure, our youth are going overseas,” was Mann’s common speech in his folksy style during his election campaigns.

A popular former comedian-actor, Mann, known for his “basanti” turban, a color associated with Shaheed Bhagat Singh, has had his fair share of controversy in recent years, particularly related to his drinking habit.

The meteoric rise of the AAP in the 2014 parliamentary polls, then in the 2017 assembly elections in Punjab, followed by its fall due to the “mass exodus” of its lawmakers, proved a test. decisive for the party in the 2022 Assembly polls in the state.

Political observers say the AAP was seen as the alternative to the mainstream parties that had dominated Punjab’s electoral space for decades.

Drawing a hard lesson from his mistake in the 2017 Assembly polls of not declaring a chief ministerial candidate, this time the face of AAP CM Bhagwant Mann was locked in a multifaceted contest with the ‘Aam Aadmi’ Congress Charanjit Singh Channi, Shiromani Akali Dal ( SAD) Chief Sukhbir Badal, Capt Amarinder Singh, whose new party, the Punjab Lok Congress, is allied with the BJP and Samyukt Samaj Morcha, the fledgling coalition of agricultural unions.

In 2017, the AAP sought to vote on behalf of Arvind Kejriwal, and despite being labeled an outsider, he managed to win 20 seats in the 117-member Punjab Assembly, becoming the main opposition party, pushing SAD to third place.

You can now get handpicked stories from Telangana today to Telegram everyday. Click the link to subscribe.