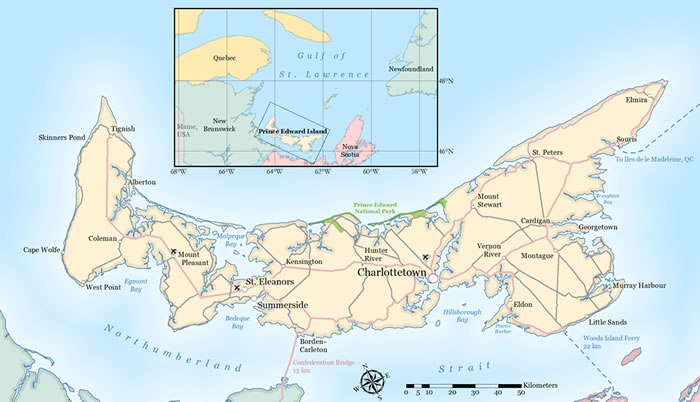 Add a true north arrow to your ArcMap page layout

Adding a north arrow improves many maps, especially large scale maps that show a smaller area with lots of detail and maps that are not oriented with north up (Figure 1), which is often done to save space on the printed page.

A new ArcMap option in ArcGIS 10.1 lets you add a north arrow aligned with true north to your layout. True north is the direction pointing to the geographic north pole of the earth’s axis of rotation, the location at 90 degrees north where all meridians converge. (Meridians are the north-south lines on the earth that extend between the north and south poles.)

Note that the maps in Figure 2 are for illustrative purposes only. Cartographers advise against using a north arrow on smaller scale maps that use conical projections such as these, because north varies on the map, as you can clearly see by the orientation of the meridians.

The first step: Click on Insert in the main menu, then on North Arrow.

Third step: On the North Arrow tab, set the Align To option to True North (Figure 3) and click OK.

You can also set a calibration angle to set adjustments for data frame rotation or true north alignment options. For example, you can use this option with alignment to true north if you insert a north arrow that aligns to magnetic north. Magnetic north is the direction of a compass needle when aligned with the earth’s magnetic field. To set this value, you will need to know the correct declination (the angular difference between true north and magnetic north) for the time and area being mapped.

Here are some other guidelines for using the true north alignment option:

To learn more about north arrows in ArcMap, read these ArcGIS blog posts:

Aileen Buckley is a mapping researcher on the ArcGIS Living Atlas of the World team and a member of Esri’s Virtual Science Team. She holds a doctorate in geography from Oregon State University.

2019-01-10
Previous Post: This creepy page turner has just been crowned best business book of the year
Next Post: Why book reading should regain its craze