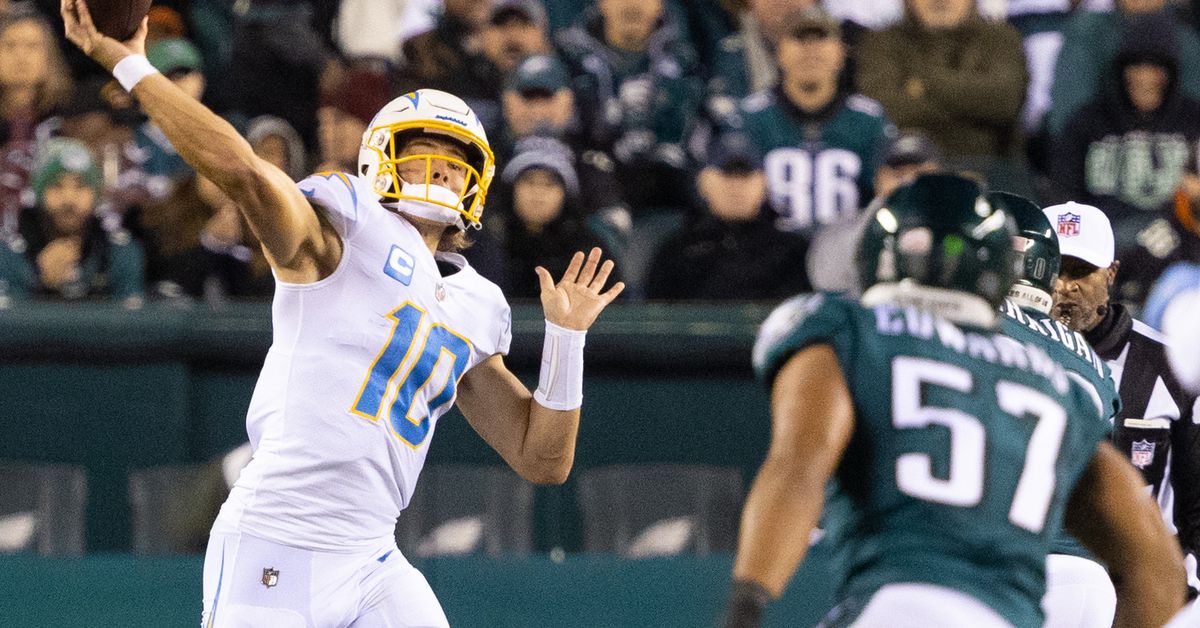 Behind enemy lines: Chargers and Justin Herbert’s narrow margin of error against the Bengals

It’s an exciting clash between two of the NFL’s best talented young quarterbacks this Sunday when the Cincinnati Bengals host the Los Angeles Chargers. However, there is obviously a lot more to this game than the two studs in the quarterback, so we caught up Michael Peterson of Bolts from the Blue to get his point of view on this weekend’s game.

Patrick Judis: Bengals fans know Joe Burrow well, but obviously Justin Herbert has also been one of the best young quarterbacks since his release. What do you think of Herbert so far?

Michael Peterson: Justin Herbert really is the real deal. That being said, he was incredibly unhappy to see the failures of the team around him. He’s a second-year quarterback and already the pressure can’t be higher. Of all the AFC quarterbacks whose teams are expected to advance to the playoffs (including Burrow), he is the only one with a loss record in games where he throws 1+ steals. The margin for error is thin as a razor, and all the other good AFC teams have better supporting cast / defense. It also doesn’t help that the Chargers lead the NFL in dropped passes. The guy really can’t take a break.

Herbert can make every pitch on the field, and he’s about as balanced as they come. He doesn’t let any hint of adversity affect him, and you can see that through his playing on the pitch. It doesn’t matter if he hits a bad interception or his defense gets stomped, he’s always up to the task. The Chargers are really lucky to have a guy like him as a quarterback.

PJ: In terms of the offense as a whole, other than Herbert, what should Cincinnati be worried about?

MP: I think you always have to keep an eye on Austin Ekeler. He’ll line up all over the field and in a variety of positions. People still don’t give him the respect he deserves after being one of the best UDFA pickups in team history. He will beat you between tackles and in the receiving game. Of course, you must also find Keenan Allen before any third down situation occurs. He’s the go-to player for Herbert and that connection is stronger than it’s ever been.

PJ: The Chargers’ defense has been a problem the last few games. What did the other teams use?

MP: The running defense continues to be the worst in the NFL. They’re allowing just over 145.0 yards per game rushing and there really aren’t many signs that things will get better anytime soon. They don’t have the right staff to lead Brandon Staley’s defense, and it can be extremely frustrating to watch at times. The team are getting next to nothing from former first-round pick Jerry Tillery and the formerly undrafted players behind him are already performing better.

As for the secondary, injuries to the corner room hit the team hard. Asante Samuel Jr. coming out with his second concussion this season gave way to former UDFA Tevaughn Campbell winning starts against the Vikings and Broncos. He proceeded to exploit those two games, and the Bengals would be smart to exploit him anyway this week.

PJ: Which player do you think deserves extra attention that Bengals fans may not know?

MP: Linebacker Kyzir White is always the guy I like to pitch when I get questions like this. He’s been an under the radar playmaker for the Chargers every week. Her consistency was key to making this defense not look much worse than it already did. Aside from Derwin James and Joey Bosa, he’s been the defense MVP this season. He is currently second on the team in tackles, as well as tied for first in tackles in losses and interceptions.

PJ: What is your prediction for this week’s game and what is the X factor for this one?

MP: I think the Bengals will take this home game quite easily 30-21. The lack of depth in the secondary is going to be exploited by Cincy’s wide landing hall and I don’t think the Chargers will be able to do enough to ease the bleeding in the air. And that doesn’t even mention how much Joe Mixon will likely rush on Sunday. Whoever gets the ball for the Bengals this weekend is likely to have a really good day at the office.

Thanks again to Michael Peterson for answering our question. If you want to learn more about his work or the coverage of Chargers, head over to Bolts of the blue.