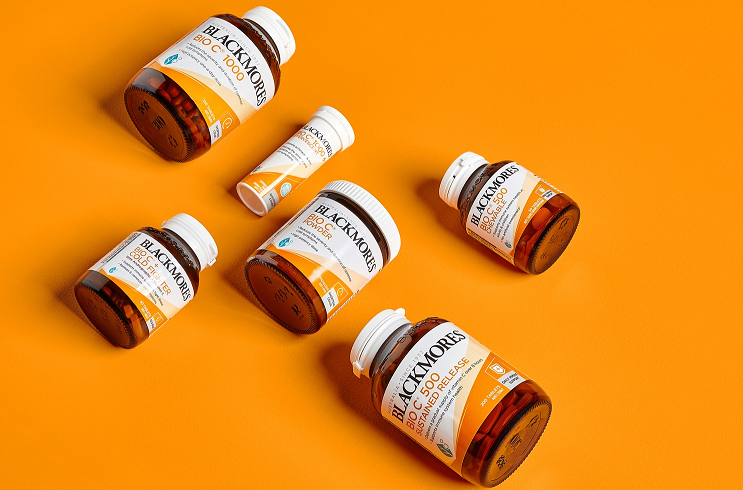 Group CEO and Managing Director Alastair Symington spoke to us after the release of his annual financial report.

In its financial year ending June 30, the Australian Securities Exchange-listed company said the group’s revenue rose 12.8% year-on-year to A$649.5 million, driven by strong growth in Southeast Asian markets such as Thailand and Indonesia.

Underlying gross margin increased by 1.1 percentage points to 53.4% ​​by configuring its pricing and product mix, as well as successfully saving A$10 million through its cost reduction program covering the supply chain.

For the first time in the past four years, growth was reported across all markets and product brands, including Blackmores, practitioner-only brand BioCeuticals and pet nutrition brand PAW.

Symington analyzed the factors driving the company’s success over the past year and strategies for the year ahead.

One of the factors behind the strong growth was the availability of sufficient product inventory, according to Symington, which was particularly the case in Thailand.

Revenue increased 33.3% in Thailand and 36.7% in Indonesia, two of the company’s most notable markets.

Overall, revenue from its international markets – referring to markets outside of China and ANZ – increased by 31.7%.

According to Symington, the Blackmores brand has been present in Thailand for almost 40 years and currently holds a market share of around 34% as the market leader.

This has shielded the company from the logistical and supply chain challenges posed by COVID-19 and hence able to increase its market share.

“Over the past 12 months, a key strategy for Thailand in a time of volatility and supply chain challenges has been to be able to increase our stock of finished goods and ship them to Thailand, to ensure that we have enough stock to serve our customers.​

The upcoming plan for Thailand is to provide products in smaller packages, especially when sold in convenience stores such as 7-Eleven.

Going forward, we are looking at our channel and customer mix, where we see opportunities for us to enter new channels where we could have a different format than what we currently have in traditional pharmacies.​

We will be looking at different packaging formats for some of these busy stores in Thailand, which we consider to be a very important part of our distribution strategy.​

Some of the new formats would include blister packs.

“For the retailers that we see in Thailand, there are very limited product lines in those stores and for the bottles and larger sizes that we see in traditional vitamin chains, we don’t necessarily think they would be the right formats to say 7-11 as an example. ​

“We are looking at blister packs and a smaller number of packs is something we would like to look at… There is still some way to go, but there are opportunities for us to have more everyday use of the products available in 7-11 in Thailand in particular, in some of these small retail stores.​

Elsewhere in Indonesia, the company has expanded its distribution to 2,000 new independent pharmacies across the country through its partnership with Kalbe Farma.

“We have been in Indonesia for five years and we are already among the top three brands in Indonesia. ​

“For us, the partnership we have with Kalbe Farma and a JV with Kalbe Nutritionals has enabled us to reach over 5,500 independent pharmacies. Distribution has been a very important part of our strategy in Indonesia. »​

Over two-thirds of the range of products sold in Indonesia carry the Halal logo and over 99% of the range is Halal certified.

The key for some of the international markets is to make sure you recognize that consumers are late cashing in and the amount they are willing to pay for the products may be a bit less than in China or ANZ markets .​

We know that with some pack sizes we can deliver price to Indonesia around 100,000 rupees, to Thailand it can be around 20-25 baht.​

“So you want to provide products that will give consumers enough to meet the recommended daily intake throughout the month, but if they’re not looking at something really big and expensive to cash in, finding the right balance, having the right format and the right price and of course the right products are really essential in places like Southeast Asia.​

“Of course these are also important in China and ANZ but to a lesser extent… I think as we move forward with increased pressure on the health budget it is more important that we have a clear value position in international markets. ​

Further in India, the company has expanded its distribution across 10 e-commerce platforms and offers its products in over 100 stores across four cities.

In Australia and New Zealand, revenue growth increased 2.7% to A$288.8 million and growth was largely driven by sales of BioCeuticals and PAW.

In China, the business hit its highest revenue in five years at A$145.6 million – up 10.6% from the previous financial year – however, keeping products accessible to consumers remains a challenge that the company must face in the context of the renewed COVID-19. blockages.

Over the past year, growth in China has been driven by cross-border e-commerce (CBEC) sales during major shopping festivals such as 618 and Single’s Day, as well as digital marketing efforts and product offerings.

For example, the company said its gross merchandise value (GMV) increased by more than 83% during this year’s 618 festival.

However, outside of these shopping festivals, online purchases have been negatively affected by further shutdowns and supply chain difficulties in China over the past few months.

The challenge we saw in Shanghai during the lockdown was the availability of products for buyers. Indeed, Chinese consumers have been very accustomed to two-hour or same-day delivery when placing an order on the platform.​

During the shutdowns they were also prioritizing more essential goods and therefore some of the other purchases like vitamins and maybe more discretionary spending… These deliveries were taking a bit longer.​

Thus, buyers were hesitant to buy if they could not get the products in the time they expected. It was more about product availability of the platforms than Blackmores, but it had a good impact on consumption during the shutdowns and so CBEC sales were down slightly at the category level in the second half of 2022.​

With some blockages lifted, Symington noticed that sales had started to improve.

However, since sea freight would take about six weeks and air freight would be a more expensive and less environmentally friendly option, the company will therefore strive to increase its inventory in China also in the second half.

“We have 13 markets and it is important to have inventory in each market”,pointed out Symington.

As in previous years, the company will introduce an annual price increase at the end of September and beginning of October for all group products and all markets.

However, the percentage increase will be higher this year.

“We have spoken with our retailers in China and in international markets about pricing. These new prices are in effect in September, then in Australia from the end of September and the beginning of October.​

“We estimate that due to cost inflation, the cost of our products sold in our range will be around 5-6% higher, this is the cost we are trying to recover.​

“Prices for some product lines may be higher, others may be lower, but the average is between five and six percent across the group,”said Symington.

Last year the company took a price of 3% in Australia and that without the impact of inflation.

Another area for margin improvement is in the area of ​​new product innovation, where new launches should be priced at or above the company’s average gross margin.

“We are constantly launching new innovations. In the past 12 months, we have launched more than 50 million sales of innovative new products, and each time we launch a new product, it must be equal to or greater than the company’s average gross margin. ​

“Most of our new products coming to market are around 60% gross margin, which means most of our innovations that come to market have a higher gross margin than they have been before. the past.”​

To streamline its strategy, the company is therefore also investing more in higher-margin portfolios.

“As we look at our portfolio, if there are other channels or segments where we see growth, which are capable of generating high gross margins, we will prioritize investments in those areas.” ​

At the same time, the company will seek to increase its presence in Vietnam, aiming to become one of the top three brands, Symington said.

As such, for the coming months, the company will increase the distribution of its supplement products.

2022-08-23
Previous Post: Abortion vote in Kansas: why recount with such a large margin?
Next Post: The secret to swimming upside down — ScienceDaily