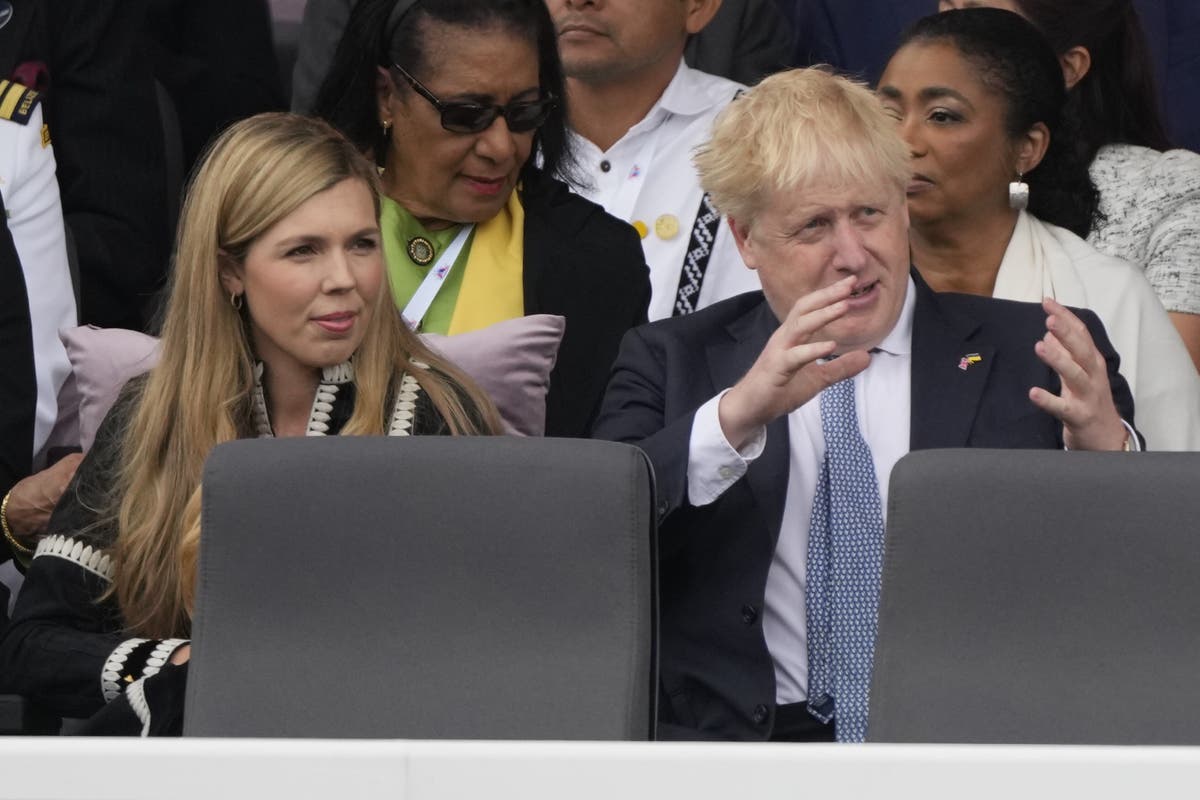 Boris Johnson has been backed by one of his ministers to ‘face’ a test of his leadership as the Conservative Party prepares for a confidence vote.

But the MP said he believed the Prime Minister ‘would win this competition’.

It comes as The Sunday Times reported that the threshold for a leadership race may have already been reached.

Under Conservative Party rules, if 54 letters from MPs are submitted to Sir Graham Brady, the chairman of the 1922 Conservative backbench committee, requesting a leadership poll, a vote is called.

The Sunday Times said it had been told 67 letters had been sent, clearing the way for Sir Graham to potentially announce a secret ballot among MPs as early as Monday.

The newspaper said the vote to decide whether Mr Johnson remains leader could then take place on Wednesday.

Transport Secretary Grant Shapps told the BBC on Sunday morning he did not believe the Prime Minister would face a test of confidence.

However, Mr Scully’s comments on Channel 4’s The Andrew Neil Show hours later suggest his supporters may have accepted the rebels have the numbers they need to trigger a vote on his future.

Mr Scully said: “We may well have a vote of confidence.

“If that happens, the prime minister, I know, will deal with it.”

According to the PoliticsHome website, a briefing paper is being circulated among Tory MPs warning that the party is set to lose the upcoming election due to reputational damage after revelations about vociferous No 10 parties held during the lock.

The document shared online says: ‘The only way to end this misery, win over the hearing of the British public and restore the Tories’ fortunes to a point where we can win the next general election, is to remove Boris Johnson. of the post of Prime Minister.

Chris Bryant tweeted: “Whether or not they are genuinely Tory rebels is what we Labor will say until the election unless the Tories overthrow Boris Johnson.

“The only conclusion for a sane conservative must be to fire him now.”

The Conservatives’ electoral fears will have been further fueled by the polls carried out before the Wakefield by-election by JL Partners.

The inquiry found the Tories could lose the key battleground seat, one of dozens of constituencies Mr Johnson took from Labor in the so-called Red Wall in the 2019 general election, until 20 points from Sir Keir Starmer’s party this month.

James Johnson, co-founder of JL Partners and former Downing Street pollster during Theresa May’s tenure, tweeted that the results indicated ‘partygate has crystallized historic concerns about the Tories and turned the people of Wakefield decisively against them’ .

With the Tiverton and Honiton by-elections due to be held on the same day as Wakefield, June 23, Mr Johnson stands to lose seats to Labor in the north of England and the Liberal Democrats in the South West.

The by-election is taking place under controversial circumstances, with Tiverton and Honiton being released by Neil Parish after admitting to watching pornography twice in the Commons, while former Wakefield incumbent Imran Ahmad Khan resigned after being recognized guilty of sexually assaulting a boy.

Mr Shapps, asked about the poll results on the BBC’s Sunday morning show, said it was “better to let the people have their say” before judging the party’s performance.

The Conservatives’ popularity has plummeted in recent months following reports and subsequent confirmations of coronavirus rule breaches at the top of government.

Last month, an investigation published by senior civil servant Sue Gray uncovered the details, revealing rowdy parties had taken place, with staff vomiting, getting into altercations and being rude to security staff.

The Prime Minister was found to have attended a number of aide departures, giving speeches and joining in the drinking, despite at the same time telling the public not to see his loved ones sick and dying in an effort to stop the spread. of the virus.

The Metropolitan Police handed Mr Johnson a fixed penalty notice for attending his own Downing Street birthday party in June 2020 when indoor mixing was banned.

With Scotland Yard and Ms Gray’s inquiries complete, Mr Johnson now faces a parliamentary inquiry into whether he misled MPs by assuring them that Covid regulations were being followed by his staff at No 10 .

Mr Scully, who is also a minister for London, told Channel 4 he did not believe his leader had ‘willfully misled Parliament’, but expressed frustration at ‘the way we as government , have dealt with this question”.

He added: “It should have been settled before Christmas. That’s one of the things I regret, that it lasted so long.