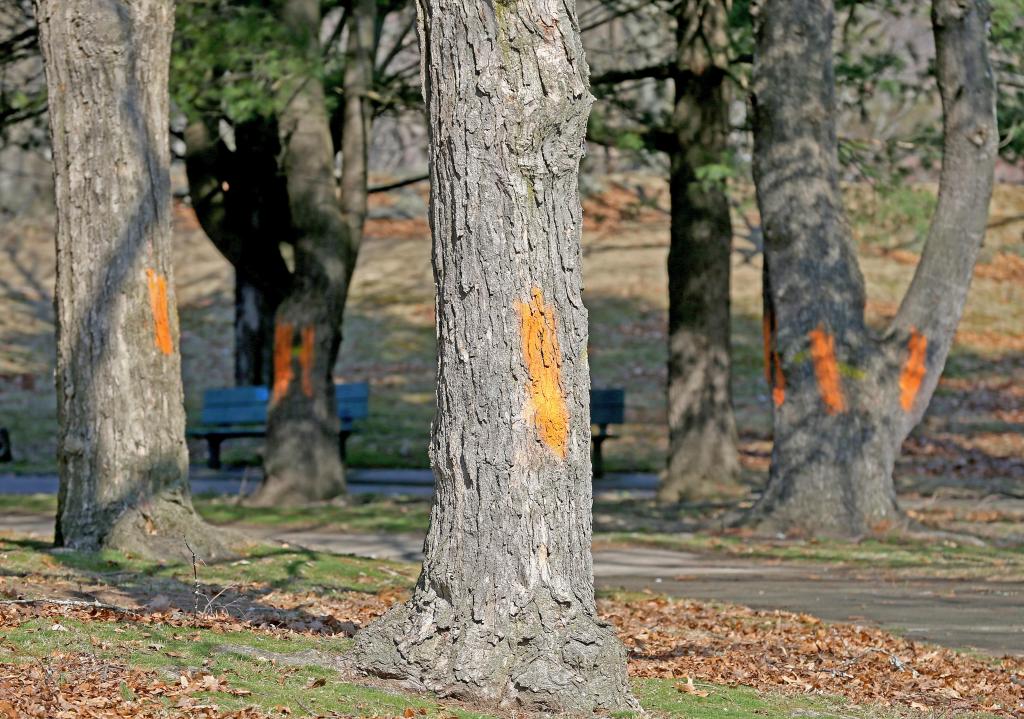 Despite pledging to suspend a plan to cut down dozens of trees at Malcolm X Park in Roxbury, the city began digging around tree roots last week, outraged local residents who felt a trust had been broken.

After an outcry from residents and a Herald investigation earlier this month, Boston agreed to postpone the felling of 54 mature trees, some of which may be a century old or older, until city officials can meet the locals.

At a meeting last week, officials agreed not to touch the trees until a follow-up meeting could be held on Monday evening.

But as the week progressed, workers began digging out areas around the trees, said Derrick Evans, a former Boston Public School teacher who has lived near the park for 30 years.

A “contentious” three-hour meeting was held on Monday evening in which residents expressed their anger at the work that had been carried out, despite the city’s agreement to suspend the project.

“That trust was shattered,” Evans said.

In an email Tuesday, a city spokesperson said, “The Boston Department of Parks and Recreation is committed to renovating Malcolm X Park in a way that is fair, inclusive and expands our urban canopy. .”

“As part of the $8 million renovation, the spokesperson said, 54 trees have been proposed for removal either because they are dying and pose a safety risk” or because their removal will promote the wheelchair accessibility.

The Parks Department has also proposed to plant 97 new trees in this park. The Boston Department of Parks and Recreation will host a follow-up working session with community members and city officials to determine next steps for the park. The latest information can be found on the project page, boston.gov/malcolm-x-park.

No date has yet been set for that meeting, said Evans, who said he plans to seek a court injunction if the city attempts to cut down the trees.

The statement came after a Herald investigation because several locals denounced the plan to cut down the trees.

Evans said the trees are “essential to the history and aesthetic” of the 160-year-old park, and the only time anyone has spoken to him about trees was when he discussed their protection with a landscape architect.

“We weren’t talking about cutting down dozens of trees,” Evans said.

Malcolm X Park is a 15.3-acre park on Martin Luther King Jr. Boulevard in Roxbury, a site renamed in the 1980s from Washington Park at the request of activists. It’s slated for more than $8.8 million in upgrades, including a $2 million donation from Patriots owner Robert Kraft, with a groundbreaking project next week to give it a major facelift — hence the changes happening around it.

Monica Landrum, who also lives across from the park, said the city should have discussed tree cutting with the community in the first place.

She called it “disrespectful” and a “real disgrace” that would be a blight on an oasis in the city.

2022-03-29
Previous Post: The Kings Arms pub could be demolished for homes
Next Post: Kennebunk voters say ‘no’ to recall by 3-1