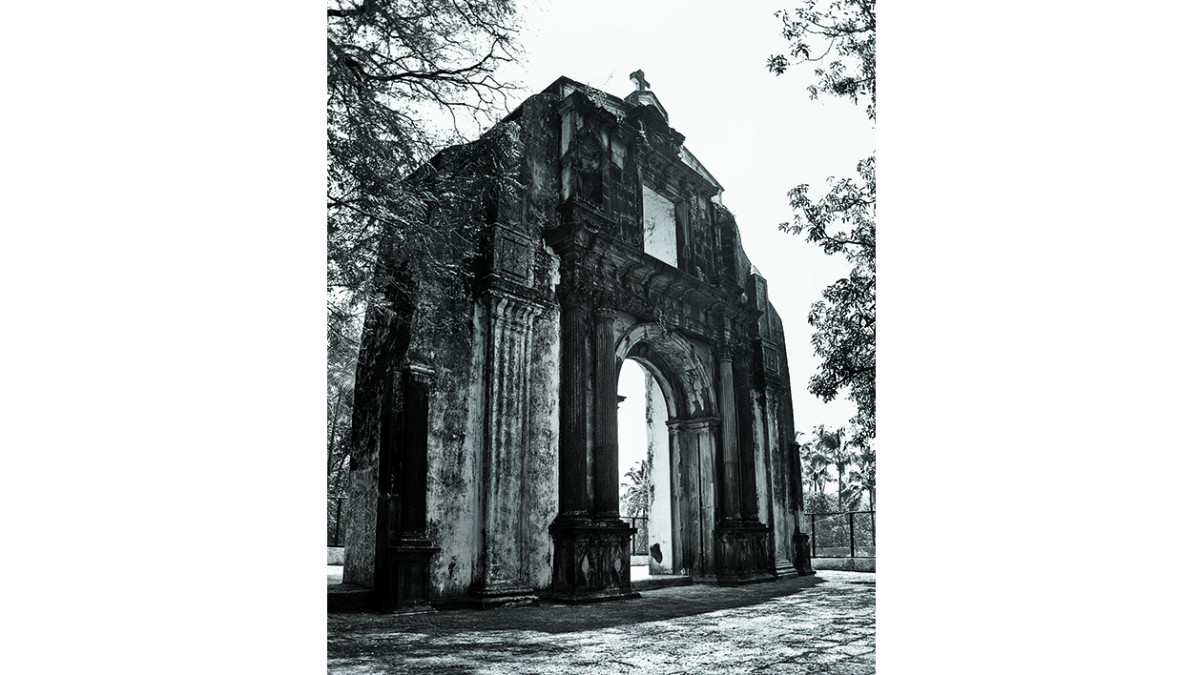 As a schoolboy growing up in Goa in the 1970s, there was always a shortage of children’s storybooks one could buy. Two decades later, while on scholarship, a visit to the Gutenberg Museum across from the cathedral in the old part of Mainz in Germany – the European home of printing – I learned an unexpected fact. Goa had indeed been the place where the first Gutenberg-style printing press in all of Asia started, in 1556. How did these two seemingly contradictory realities correspond? It took a long journey to find the answer. Part of the journey was to start a small independent publishing business, which is not coincidentally called Goa 1556 [goa1556.in]. It’s small and artisanal, but over the past 15 years it has launched some 150 titles out of Goa.

Somewhere in between, it has become increasingly clear that smaller places – not just Goa – don’t make much business sense to grab the attention of traditional book publishers. The major publishers would at best publish a book on the region once every two or three years. These would be written by “big” names (read: easily recognizable) or imagined on the stereotypical lens through which Goa is viewed: tourism, sossegadoPortuguese colonialism or mining.

READ ALSO : The Tears of the Mermaid: The Melancholy of Goa

Then life has its own logic. One went from buyer of Goan books to collector, reviewer of such titles and finally (modest) publisher. It became clear that authors were struggling to get their work published. If published, finding a market was a struggle. Distribution was halted and readership limited. Even locally published books have struggled to break even. Yet generating locally relevant knowledge was essential. This is not Goa’s only spell. Many parts of the country outside of the metros are posting deserts. Larger states with more speakers of a language have an advantage; they can make editing viable. But, even in a large state, the focus tends to be on the big cities. So how do you give voice to a country that potentially has 1.3 billion stories?

READ ALSO : The Elegy of Syrena: Goa as an Allegory of a Mermaid

Kerala might be an exception with its reading campaigns, cooperative publishing ventures and library movement, dating back decades. Maharashtra might have quite a connected network of libraries. But even here things are not smooth. A major player in the Marathi publishing world said that demonetization, GST (18% on printing, including books) and the pandemic had also broken their backs. Because of this, regular bill payers had slowed down and many more had defaulted.

It was a bold and reckless undertaking. Creating books without capital or loans meant trying every trick in the book (pun intended) to make tomes viable. Co-publishing with local bookstores was an option. Access to the few small grants, now disappearing, where they were available, was another. The same was true for co-branding with other institutions. Offering editorial advice and support has sometimes helped fill the financial gap. In a handful of notable cases, crowdsourcing and even crowdfunding have helped. Currently, a Konkani-English dictionary is being developed. It is in sloppy Roman script, delegitimized under Goa’s Official Language Act of 1987. The crowdfunding covered the cost of printing 500 copies of the over 400-page book, before it even went to press. .

READ ALSO : A story and a recipe frozen in time, drawn from the idylls of the Khazans of Goa

The field is a slow and poor payer. Still, there is crucial work to be done. Local books help a society shape its own priorities. It is a need of India to which the countries of the South must respond. In the 1970s, there was much concern about the need to create regional knowledge and to publish books locally. These issues seem largely forgotten now. Demand creates its own supply. The post options generate dozens of ideas, including in more “crucial” areas like non-fiction. Our modest operations have created works like a two-volume readable study of the anthropology of Goa (Robert S Newman), an anthology of Goa writing (edited by Peter Nazareth, republished), the charming stories of Espi Mai set in Goa (Anita Pinto), among others. The latest, Pinto’s Stories for Children, has been translated from English into Konkani (both Roman and Devanagari scripts), Marathi, and even Portuguese. The last one was supported by the crowd by various volunteers. That’s unusual for a children’s storybook, especially if it’s from a very small region of India.

Indian book publishing is collapsing. We seem to have lost our vision of promoting skills and inexpensive printing options to make the word accessible to as many people as possible.

But some trends are worrying. Indian book publishing was enthusiastic about its potential in the first decade of this century. Lately, he seems to be floundering, and his promises less visible. We seem to have lost our vision of promoting skills and inexpensive printing options to make the word accessible to as many people as possible. Likewise, the role of the National Book Trust in promoting book publishing skills has sadly diminished. Bookstores in many parts of the country have closed (including the iconic Other India bookstore and the charming 6 Assagao, both in Goa). Even getting an ISBN for a book can be a struggle, as if it were being used as a censorship tool.

India needs its diversity of ideas, especially true of places “on the periphery” (as Goa has become over the centuries). It would be easier to pull out books on tourist clichés here, but the real need is something else. This is why the focus of Goa 1556 remains on non-fiction, local titles, informative and readable books that tell ‘the story of Goa’. (These are mostly in English, but a few in Konkani, Marathi, Portuguese, and one in Spanish.)

Readers appreciate the titles offered and try to offer affordable prices. Authors sometimes expect the low barriers of independent publishing with the financial impact of mainstream publishing. Lit fests place even more value on books published in major centers than on locally produced books.
But alongside publishing, other aspects of the book ecosystem also need to be nurtured. Goa currently lacks libraries, campaigns to spread reading and book discussions. Centuries ago, this little place played a crucial role in collecting and sharing – on a global scale – information about Asian languages, geography, local plants and medicines, and other information. such impactful ones that shaped the East-West meeting. Books can offer low and slow returns. They can also open new perspectives on smaller regions. More regional book publishing would only enrich the sub-continent in its understanding and expression.

(This appeared in the print edition as “Print from Margins Margins”)

(The opinions expressed are personal)

Printing from the margin of margins: Can Goa recapture its rich publishing history?

Goa Diary: Believe it or not, I’m Goan