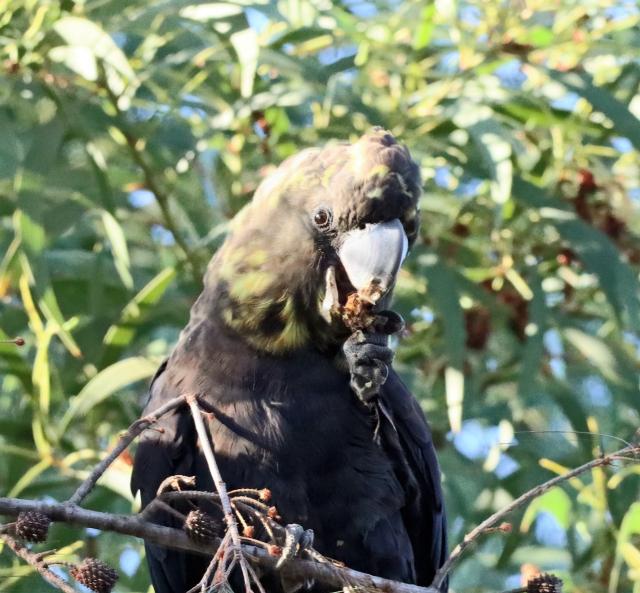 Countdown for the vulnerable

Glossy Black Cockatoo (GBC) nesting sites in Noosa County are to be identified using specially designed acoustic software as part of a new research project being undertaken by Bushland Conservation Management in partnership with the Noosa Biosphere Reserve Foundation (NBRF).

The project will use visual and bioacoustic monitoring to record and analyze data on bird movements as they prepare for the breeding season which takes place from March to September.

Bushland Conservation Management’s Kim Morris said there were three subspecies of glossy black cockatoo – one on Kangaroo Island, a southern species and one in southeast Queensland – Calyptorhynchus Latham Latham. The subspecies is considered vulnerable, and a third of the entire bird population has been identified in Noosa County, including Sunrise Beach, she said.

Kim said that while bioacoustic technology has been around for a while, this research, which will be conducted by a four-person team including her husband Joel, will use specific recognition software developed by Sunshine University’s Dr Daniella Teixeira. Coast who can “spot the shining call”.

“We have been tracking birds since 2019 through word of mouth, online data and our own sightings working in bush conservation areas,” she said.

“Sound recognition software has been used successfully on Kangaroo Island. Being able to use Dr Teixeira’s software here in Noosa will ensure the accuracy of this data.

Kim said the shinies have been known to visit Sunrise Beach, Weyba Downs, Cooroibah, Cooloola, the Kenilworth area hinterland and go west to Toowoomba and Charleville.

“They follow the source of the seeds. They seem to breed on the coast as there are sightings of juveniles with parents every year,” she said.

“The breeding season is one of the main challenges for birds. It is a large bird that has difficulty finding cavities to reproduce. Clearing and fires make things difficult.

Kim said that during the breeding season, the female never leaves the nest while incubating the eggs and is totally dependent on the male for food and water. Research has shown that males travel up to 12 km to collect food and only 1.5 km to carry water for the female during this time.

“It makes it even harder for them to be so picky with their feed trees,” she said. “A lot of people think they’re just birds, they’ll just get by. They’re very specialized and loyal to their habitat. They select forage trees. Maybe they have higher nutritional value (research They will visit them year after year, bring their young to the site and teach them where the fodder trees are.

Kim said the birds’ breeding season coincides with the months when the seeds of their fodder trees are ripe and most plentiful, particularly March through June. She said the 2019 bushfires had a “massive impact” on tree-feeding glossies and they were continuing to feel the effects.

“38% of the range of GBC habitat has been affected by bushfires. There were a few hot burns and not much recovery. In other areas, the trees are coming back, but the seeds are not. It might be another five years before they come back,” she said. Fodder trees and tree hollows were destroyed in both Cooroibah and Peregian during the bushfires.

“I think with the effects of the bushfires still being felt in the area, it’s such an important piece of land. It’s definitely going to have a big impact to lose a piece of land like this at the start. of the breeding season.

Kim said a group of scientists had submitted paperwork for the subspecies to be listed on the Environment Protection and Biodiversity Act 1999, which would provide further protection for its habitat, but the process was still in progress.

“There are currently no recorded nesting sites in the area,” Kim said. “Thanks to citizen science observations by passionate members of the community, we know that glosses breed.

“This project will provide real data that has never been obtained before in this region.”

Monitoring began in January and will continue through June.

The NBRF aims for data obtained through research to inform future conservation management decisions for local populations of GBC. Locals can help the project by recording GBC sightings at different times by emailing [email protected]