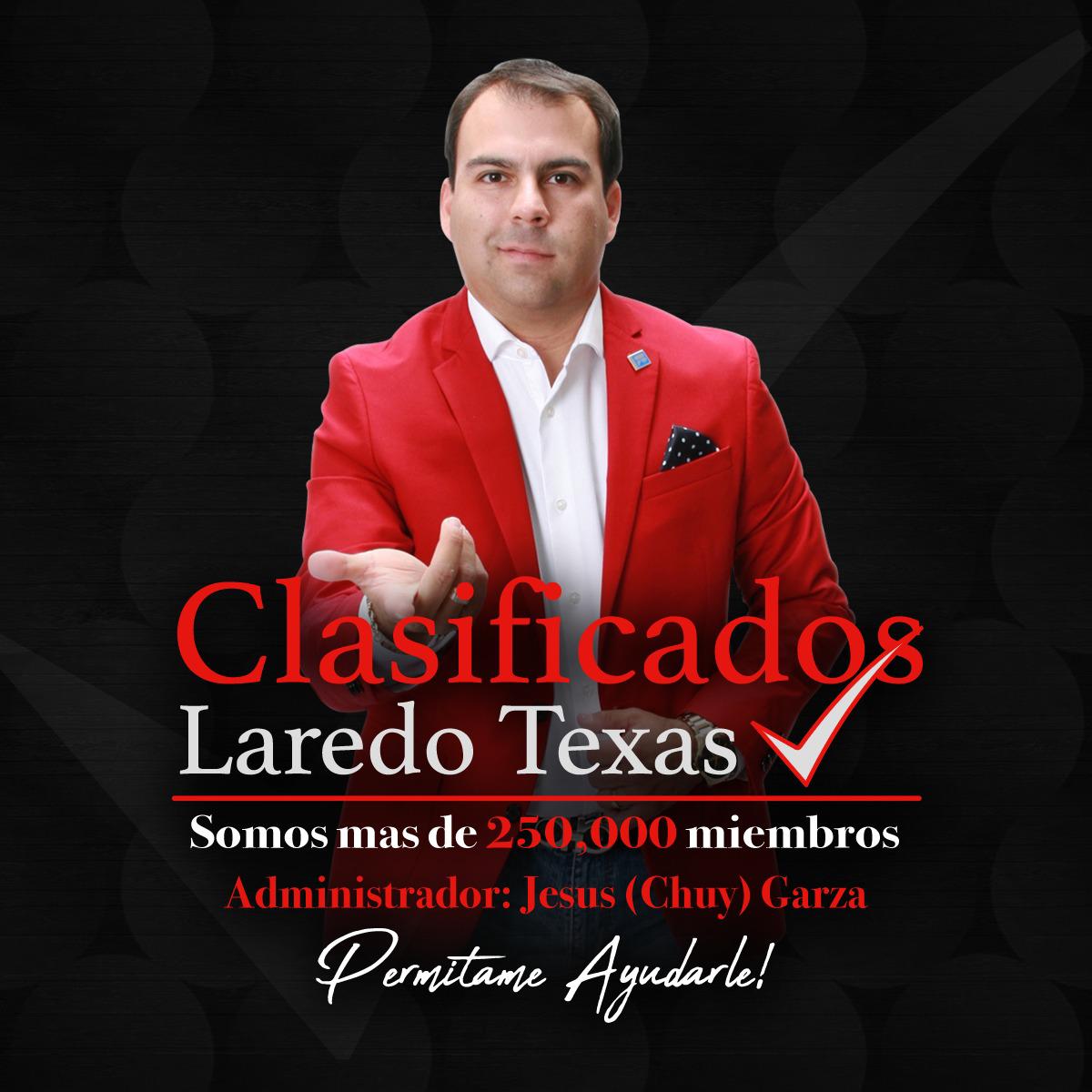 Over the weekend, people accustomed to listing items they’re selling or wanting to buy on one of the city’s main classifieds pages on Facebook were nowhere to be found.

The “Clasificados Laredo Texas” Facebook page has more than 250,000 current active members, but it could no longer be viewed over the weekend. Residents across the city have expressed annoyance over this as many small businesses have used the platform to reach out to their customers.

The page owner recently opened up about the development and what they are doing to fix the issue.

“My mother-in-law asked me all day, ‘Why did you block me?’ But honestly, I don’t know what happened, because everything is very weird and right now I’m in shock. It looks like Facebook took it down because someone posted about a drug or something,” said Clasificados Laredo Texas owner and local realtor Jesus “Chuy” Francisco Garza. “What I believe is that Facebook sees drugs as if they were other types of drugs or if they sold certain forms of drugs, and Facebook promoted me a notification to know if I should remove it or for them to look into the case, and I allowed them to do that, but now the page cannot be found, and sometimes it can take up to 30 days for the issue to be resolved.

Garza says he took a photo of a post he suspects is the problem for personal evidence. He hoped to contact Facebook to share that the matter was harmless and not frowned upon by the person asking for the drugs in Mexico.

“I even took a photo of the post like for that reason alone. The page is blocked because of this, as this person posted “Is there anyone selling mexican pills for molar infections and pain, it’s urgent,” Garza said. “This is the message that Facebook wanted to review, because I believe they took it as if it were drugs or something. In reality, it was not, and I want to explain it to Facebook.

Garza also recently noticed that the page was flagged because some people had posted about them selling dogs. He says Facebook also has a policy against this, which he has tried to tell people who follow the page, but the posts continue.

Garza recalls that this isn’t the first time the page has been canceled or restricted, as he recalls a time when someone posted an ad or ad with Michael Jackson music and Facebook automatically flagged it. the publication. But this usually resolved itself within a few hours. This problem lasted all weekend.

He wants to make sure that the page is displayed as quickly as possible, because many people depend on it for certain things.

“A lot of people benefit from the group because that’s where a lot of people can sell the things they want to sell,” Garza said. “Once they get the page back to me, I’ll make sure to be a lot more careful checking the posts people make. As my real career is in real estate, I really didn’t have the used to check what was posted so much all the time. And at the same time, I consider some things not bad and as little offensive as Facebook could, but now I’m going to make sure to be more attentive to any posts that might be reported by Facebook.

He’s also concerned that many people don’t have the right business trends they see when they post the questions on their Facebook page. Most of the page’s members were exclusively people from the Laredo area, Nuevo Laredo and some from San Antonio, according to Garza.

“A lot of people tell me they worry about it because they always say that if they can’t get their ads on the page, their sales or market reach goes down,” Garza said.

Garza says many people messaged him on his own personal Facebook account and were angry with him, calling him names and accusing him of blocking them. He said he informed them that the matter was not in his control. He said he would now manually check all posts on the page.

“I want to tell people that once the Facebook page is up, I want them not to post anything about dogs, drugs, and other things that Facebook might find offensive,” Garza said. “Whenever Facebook alerts me to something, I not only tell them to review it, but also to investigate and even remove myself any posts or people who may be violating these requirements by the media network. I have to do this because for one person, I can’t let another 250,000 suffer and not have their platform.

He says he hopes to hear from Facebook soon to resolve the issue. Otherwise, he might be ready to start a new page, but he wouldn’t like to start over.