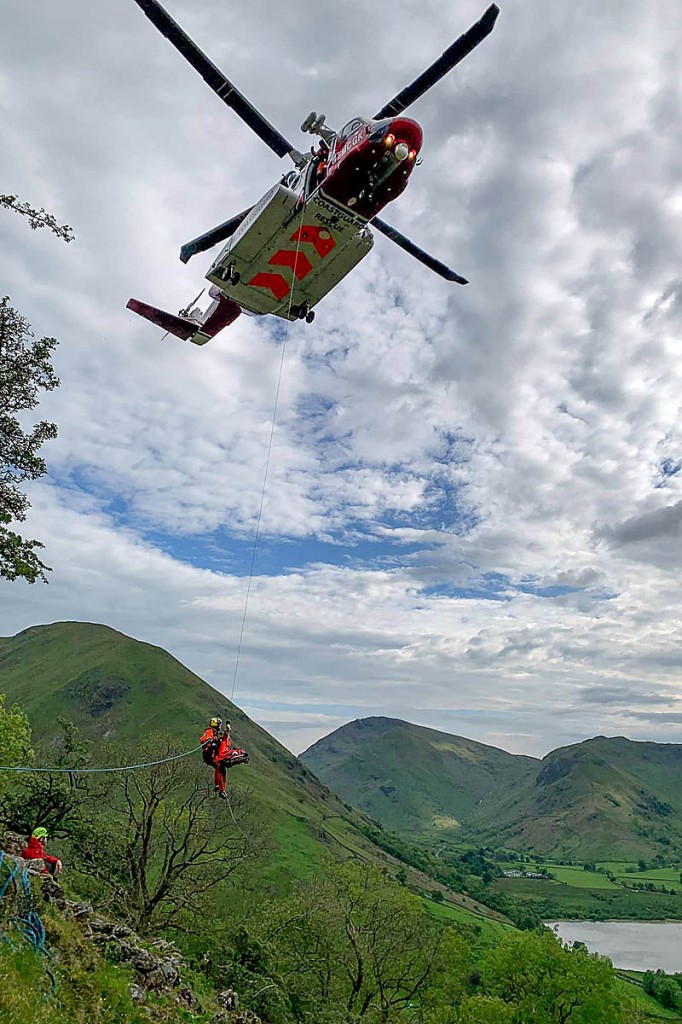 Bob SmithEditor
Saturday 04 June 2022 16:27 GMT
No further updates have been made

The Coastguard helicopter in action during the incident. Photo: Patterdale MRT

A woman was seriously injured when she fell 100ft down a hill in the Lake District.

The Patterdale Mountain Rescue Team was alerted by paramedics to the incident at 3.30pm on Friday.

The woman is believed to have fallen approximately 30m below Brock Crags near Hartsop.

A team spokesperson said: ‘The head of department has made contact with the woman’s partner and established their whereabouts. As he spoke to them he was informed that the Great North Air Ambulance was flying around trying to locate them.

“The team mobilized from the base in Patterdale to the stage. Upon arrival, the air ambulance had landed at the bottom of the valley as there was nowhere to land near the victim. The victim was examined and treated at the scene by the team doctor for facial and head injuries and lower back pain. She had been unconscious for a short time.

Rescuers said the woman had fallen a significant distance down the hill through a field of rocks and trees, and due to the nature of her injuries the team requested assistance from a coast guard helicopter. The Caernarfon crew went to the site.

The team spokesperson said: ‘The Coastguard have winching capabilities and due to the location this was going to be the smoothest and fastest escape route.

“The woman was packed in a vacuum mattress and stretcher and then winched onto the helicopter where she was then airlifted to a major trauma center in Preston.”

The team said they wished the woman a speedy recovery and also thanked the Great North Air Ambulance Service and the Coastguard for their role in the rescue, which lasted three hours and involved 19 MRT volunteers from Patterdale.