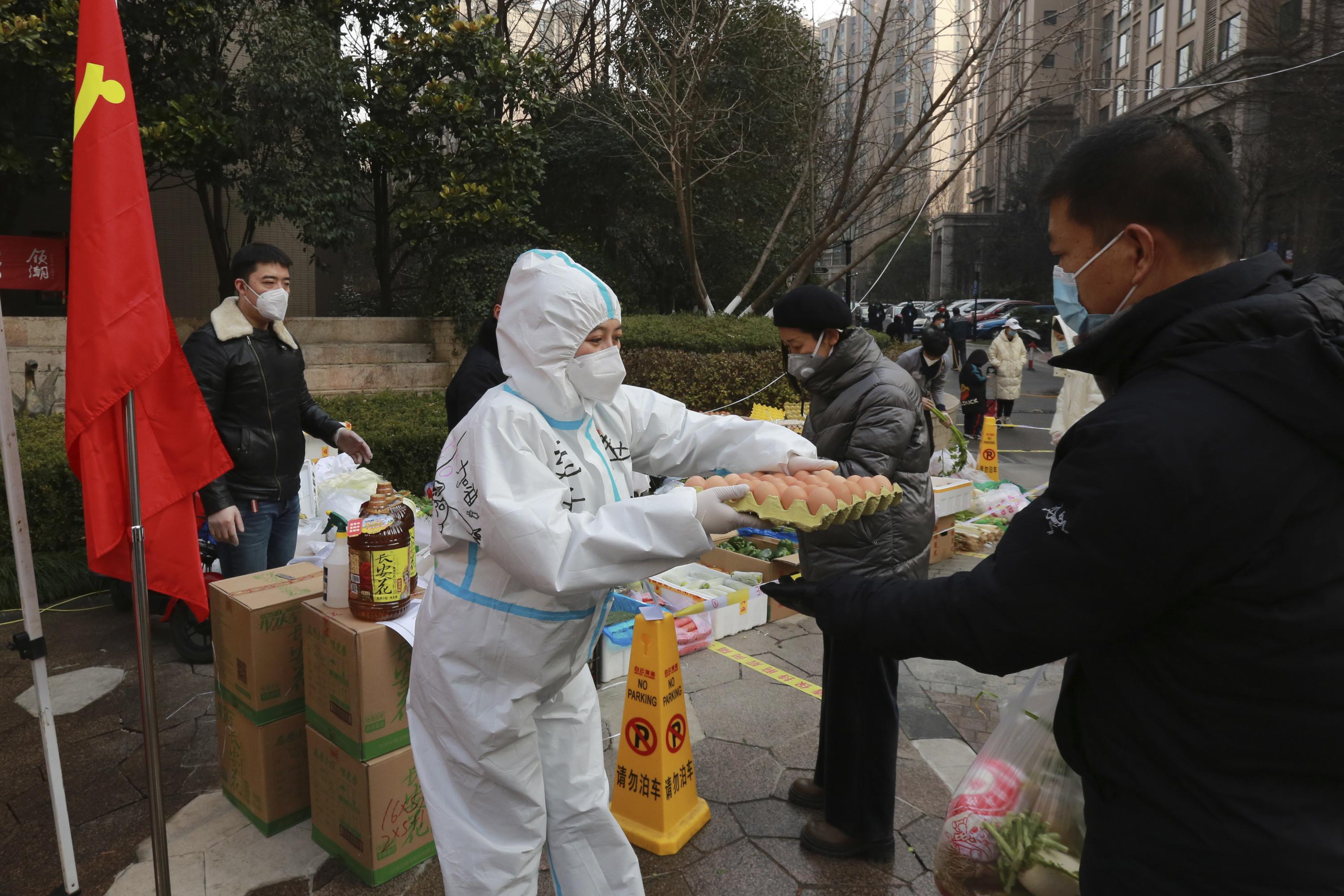 In lockdown Chinese town, some complain about hard-to-get food

Residents of Chinese city of Xi’an strained with strict coronavirus lockdown, with some complaining of difficulty finding food, despite assurances from authorities they are able to provide basic necessities to the 13 million people largely confined to their homes.

Strict measures to contain outbreaks are common in China, which still maintains a policy of eradicating every case of COVID-19 long after many other countries have chosen to try and live with the virus. But the lockdown imposed on Dec. 23 in Xi’an is one of the toughest in the country since a 2020 shutdown in Wuhan and surrounding areas, after the coronavirus was first detected there.

On Tuesday, authorities announced that another city, Yuzhou in Henan Province, had been quarantined over the weekend after the discovery of only three asymptomatic cases.

The Chinese have largely adhered to the strict measures throughout the pandemic, but complaints have arisen about the strict policies, despite the risk of retaliation from Communist authorities. The Xi’an lockdown, however, comes at a particularly sensitive time, as China prepares to host the Beijing Winter Olympics, which will open on February 4, and is therefore under particularly intense pressure. to contain this epidemic.

“I can’t leave the building, and it is getting harder and harder to buy food online,” said a Xi’an resident, who posted on the Weibo social media platform under the name of Mu Qingyuani Sayno. The post was from a verified account, but the person did not respond to a request for further comment.

Zhang Canyou, an expert with the State Council’s epidemic prevention and control team, admitted that “there may be supply pressure in the communities.”

But he was quoted by the state-run Xinhua News Agency as also saying, “The government will do everything possible to coordinate resources to provide people with daily necessities and medical services.”

Xi’an’s lockdown originally allowed people to leave home every other day to buy basic items, but it has since been tightened, although rules vary depending on the severity of the outbreak in the country. each district. Some people are not allowed out at all and have to have goods delivered. People can only leave the city with special permission.

In recent days, residents of Xi’an have been seen shopping in pop-up markets, served by workers dressed in white protective suits from head to toe. Community volunteers also visited people’s homes to ask for what they needed.

Still, the tension begins to manifest, with residents increasingly complaining to Weibo about their inability to afford basic necessities. In a widely shared video, guards could be seen attacking a man who had attempted to deliver steamed buns to family members. The guards then apologized to the man and were each fined 200 yuan ($ 31), according to a Xi’an police statement posted on Weibo.

In an online journal on the popular Weixin site, a Xi’an-based writer said that after an initial wave of panic-buying and market closures, locals quickly began to search for food online. .

“In this age of material surplus, where everyone is trying to lose weight, finding enough to eat has suddenly become a difficult task,” Jiang Xue wrote. A message sent to the account was not immediately resent.

China’s “zero tolerance” strategy of quarantining each case, performing mass testing and trying to block new infections from overseas has helped it contain previous outbreaks. But the blockades are much stricter than anything we have seen in the West, and they have taken a heavy toll on the economy and the lives of millions of people.

Measures often come into place after only a few cases have been identified, as has been seen in Yuzhou. Since rules were imposed there on Sunday, residents have been allowed to return to the city of 1.7 million people but are not allowed to leave and have to isolate themselves at their homes. Only emergency vehicles are allowed on city roads. Restaurants, sports facilities and a wide range of other businesses have been closed, while markets can only offer basic necessities, a city government order said.

Meanwhile, Xi’an, home to famous Terracotta Army statues as well as major industries, has seen more than 1,600 cases in a wave that officials say is due to the delta variant, which is less contagious than the new omicron strain, of which China has only reported a handful of cases. 95 more infections were announced on Tuesday.

China has reported a total of 102,841 cases and 4,636 deaths since the start of the pandemic. While these numbers are relatively low compared to the United States and other countries, and probably underestimated as they are everywhere, they show the persistence of the virus despite the sometimes draconian measures taken by China.

A third round of mass testing has been ordered for Xi’an, which is able to dab 10 million people in just seven hours and process up to 3 million results in just 12 hours, according to state media.

While Wuhan’s health system was overwhelmed after the pandemic began there in late 2019, China has not reported any shortage of beds or medical equipment and personnel in Xi’an. Two dozen special teams have been formed to deal with COVID-19 cases and two hospitals have been set aside to provide other types of care, Xinhua reported.

China has vaccinated nearly 85% of its population, according to Our World in Data. The injections have helped reduce the severity of the disease, although Chinese vaccines are considered less effective than those used elsewhere.

In a sign of pressure on authorities to curb this outbreak, officials have been warned they will lose their jobs if they do not reduce the number of new cases. Already, the two main Communist Party officials from Yanta district, where half of the city’s cases have been registered, have been fired, according to a statement from the government of the surrounding Shaanxi province.

The manager of a tourism company reached by phone said on Tuesday that supplies were basically sufficient, but that his business had suffered since July.

“Now with the lockdown, the effect has been extremely large,” said the man, who only gave his last name, Wen, as is common among Chinese people.

“We used to have about 100 customers a day, but we haven’t had any for more than a dozen days since the lockdown,” Qin said by phone. “The impact on our business is great, but I can shop every few days in the supermarkets and there are enough supplies there. ”

2022-01-04
Previous Post: Brexit news: Richard Tice brutally shuts down Remainer, claiming “A good thing for millions” | Politics | News
Next Post: Man (36) due to appear in court for murder in Co Down TheJournal.ie