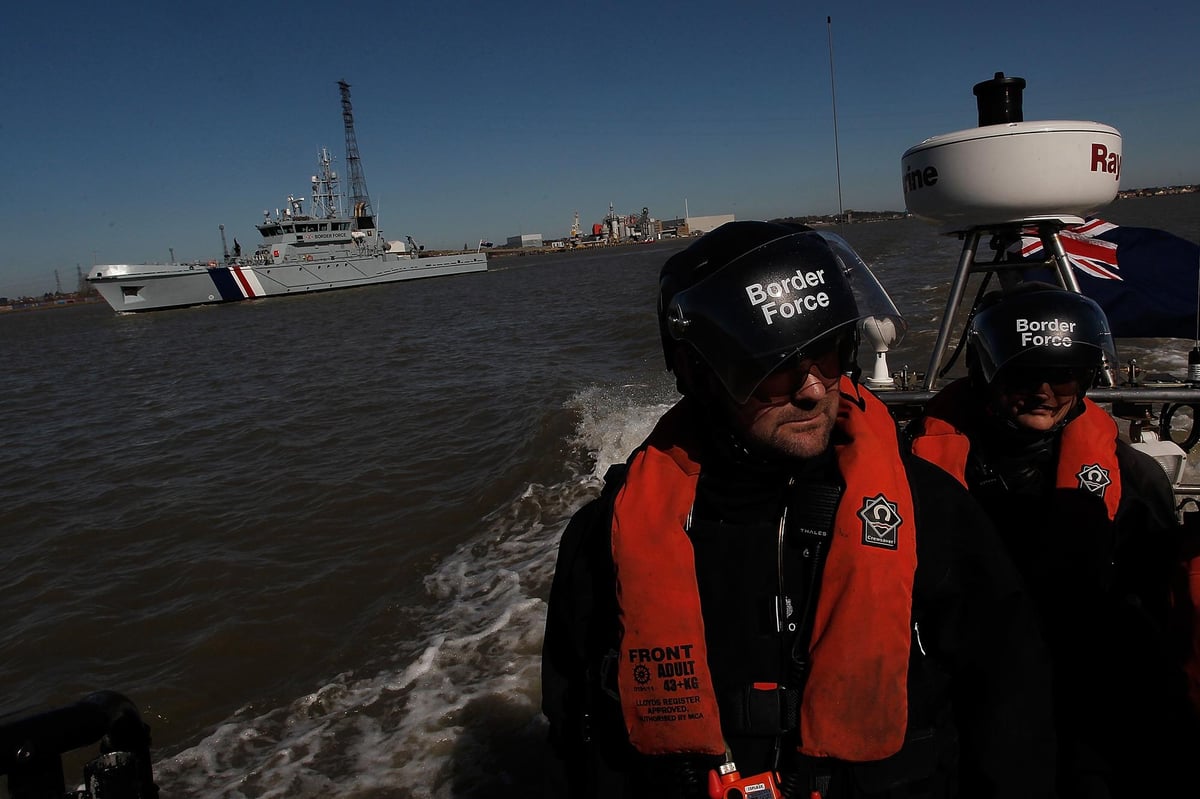 Letters from the readers: UK must crack down on bogus asylum seekers

According to the latest estimates, 14,777 people have crossed the Channel this year and this figure is expected to reach 60,000 by the end of the year. Why, if they are genuine asylum seekers, do they destroy all identity documents and passports and throw their compromising mobile phones into the sea? If they were genuine asylum seekers, they would have sought a “safe haven” in one of the EU countries through which they would have had to pass and then applied for asylum. If successful, they could then obtain a visa for the United Kingdom or the country of their choice. Instead, they paid traffickers thousands of pounds to bring them to the UK.

A disturbing recent report by Chief Immigration Inspector David Neal reveals that we are an open door to terrorists and potential criminals. UK services, the NHS, schools and housing are at breaking point, so it’s time to slam the door well and truly.

Register to our opinion bulletin

Rishi Sunak or Liz Truss our next PM? Sir Keir Starmer the alternative? Too bad the official Monster Raving Loony Party has been run so badly since the death of Screaming Lord Sutch, otherwise £1,000 at the bookies at the next general election might be this year’s best disruptive investment.

SNP MP Angus MacNeil tweeted a photo of the current chaos at the Dover crossing, commenting “for those who wanted a hard border”. What? His party’s ambition to break up the UK would end more than 300 years of political, social and cultural union and create a hard border between Scotland and England. Massively more damaging than Brexit. He just doesn’t understand, does he? Scexit is Brexit but on steroids.

I note in Saturday’s paper, regarding the hold-ups at Dover and the impact on transporters, particularly perishables, that “Dover is a critical route for Scottish exports”. Can anyone explain how this would be handled in an independent country, particularly if Scotland joined the EU? It seems to me that it would be a real challenge if we had to cross a non-EU country to reach our main export markets. It seems a lot more complicated than “even” Northern Ireland. These issues, and many more, need to be considered and explained before the public can make an informed choice about independence.

If taxes are lowered, how will disabled people who need our help survive without increasing those living in poverty? About 30 years ago I worked for a charity that cared for the visually impaired and the blind. We already had the problem of big boards only contributing status quo, downsizing and even no budget to help deliver services. This applies to many social work services. Many charities have been hit hard by the effects of Covid, so a compassionate person must find a way to raise funds without penalizing the ‘have-nots’.

Leah Gunn Barrett shows a remarkable degree of inconsistency (Letters, July 23). It demands ‘evidence’ to suggest independence might not be the best option for Scotland – then dismisses reliable evidence such as GERS reports.

GERS reports appear on the Scottish Government website. They are produced independently by Scottish Government statisticians and are published by the Cabinet Secretary for Finance and the Economy, one Kate Forbes. Ms Barrett’s rejection of them is based on the claim that they are ‘Tory rigged’! Clearly Ms Barrett knows something Ms Forbes doesn’t – otherwise isn’t there just a possibility that the SNP will suppress such tainted reports? Ms Barrett is expected to immediately inform the Prime Minister of her shocking discovery – accompanied, of course, by the evidence.

Leah Gunn Barrett, in her review of my previous letter, claims that the GERS annual figures are “conservatively rigged”. In fact, they are compiled by statisticians and economists from the Scottish Government’s Chief Economic Adviser. Since 2016, Scotland’s negative balance has been around £15 billion. Most commentators conclude that although the detailed methodology is not perfect, the overall overall figure is more or less correct.

Leah Gunn Barrett gives us the ‘hard facts’ on Scotland’s well-being outside the Union. Leaving aside his unsubstantiated comments about our energy resources and the money Scotland receives from Westminster, how can one compare the level of pensions paid in the UK with that paid in “our Nordic neighbours” without taking into consideration the cost of living in these countries? Norway ranks second behind Switzerland in the European cost of living index, closely followed in 3rd and 4th place by our other “Nordic neighbours” Denmark and Iceland. The United Kingdom is in 15th position. Of course, our pensions are lower. It is cynical and misleading to make definitive statements without fully considering the context.

I would like to read Mrs Barrett’s comments on the current Scottish administration’s record of commercial incompetence and lack of transparency in, for example, the ferry fiasco or the disastrous Lochaber Smelter deal, to name a few just two of many costly mistakes. How about some “hard facts” about it?

Thinking back on it, she would probably just say, “Some crummy guy with a scruffy blonde haircut and a fancy English accent did it and ran off.”

In her anti-British tirade, Leigh Gunn Barrett not only denies the accuracy of the data from GERS, the very source that Alex Salmond was only too happy to quote in his 2014 Indy campaign, but she also states that a Independent Scotland would pay a much more generous sum. a state pension in line with our Nordic “neighbors” – whoever they are. This, of course, directly contradicts the laughable position of the current leader of the SNP Commons who insists that the rUK would continue to pay the pensions of those who are no longer British citizens.

Arguments on both sides of the independence issue are no stranger to this newspaper, but the facts remain scarce. Leah Gunn Barrett states ‘hard facts’ that an independent Scotland would be a ‘fairer, more equal, prosperous and internationally minded nation’.

Angus Robertson of the SNP recently wrote about “the reality that an independent Scotland would be a wealthier, fairer and happier country…”. In neither case are these statements supported by facts. Statements are not facts; simply picking up weird tidbits useful to one’s point of view is no substitute for a thorough analysis backed up by detailed evidence.

Perhaps the published absence of such evidence can be easily explained; it does not exist.

The heartbreaking number of drug deaths in Scotland continues to rise, year after year, as Brian Wilson has ably pointed out (Perspective, July 23). The SNP administration is just wringing its hand and, being rooted in the worst place in Europe, can’t even get out of its habit of using pointless and pathetic comparisons with elsewhere; they have all been exhausted and no longer offer any shelter. We are isolated in the predicament they have brought to us. Maybe the SNP spinners can design another committee or task force to get some respite from the long grass, if, that is, anyone can be spared even for this job minor diversion of the only issue that has the full attention of the SNP.

She has already had two press conferences at Bute House to promote this, but with few details. If this is now, at best, an “advisory referendum”, then that is not how she has described it so far. The problem for Ms Sturgeon is not only that her staunch supporters expect said referendum to be delivered on time, but it is costing Scottish taxpayers a lot of money so it is unlikely to be within limits from the budget.

Ms. Sturgeon is between a rock and a hard place. She certainly can’t keep promising what she can’t deliver. Does she have an exit strategy in mind because, judging by the things, she really needs one.

I had the opportunity to visit the Minor Injury Unit at Western General Hospital in Edinburgh on Saturday with my disabled daughter and her carer. We were treated with kindness, compassion and great professionalism by all the staff we came into contact with. We didn’t have long waits and the system worked efficiently.

It was NHS at its best and we really appreciated the care given to us.

Your thoughts are welcome. Write to [email protected] including name, address and telephone number – we will not print all the details. Keep letters under 300 words, with no attachments, and avoid “letters to the editor/readers” or the like in your subject line. Do not send letters submitted elsewhere. If you refer to an article, include the date, page number and title.