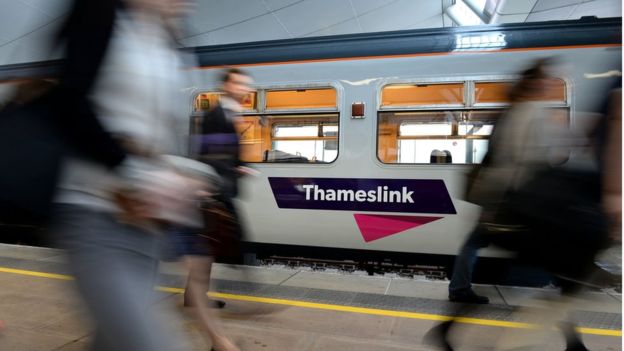 More rail cuts to come thanks to Conservative Treasury

The country’s biggest rail operator’s funding formula represents a ‘race to the bottom’ for London, says a member of one of the biggest passenger user groups

Further changes to Southern and Thames Railway timetables were slipped in last week, just before a bank holiday weekend and with barely a week’s notice before they were implemented on September 4.

More cuts: some Croydon, Sutton and Surrey lines operated by Govia now have the worst service since World War II

Govia Thameslink Railway’s latest timetables mean more reduced and inadequate services for passengers using their services from Croydon, Sutton and Surrey stations. And all because of the latest funding formula imposed by the Conservative government.

Govia says service frequencies will increase on several southern routes, at peak times, but to accommodate these “improvements” – which in many cases are simply a return to pre-covid service levels – the number of trains on some Overlapping routes will be reduced, mainly at off-peak times when demand is low.

The new fall schedule will add 45 weekday train services to the total.

After intensive lobbying from passengers and rail user groups, Chris Philp, the Tory MP for Croydon South and until recently a deputy minister in Boris Johnson’s government, requested a meeting with Govia.

“These service changes are all being implemented due to Department of Transport and Treasury funding decisions,” said a member of a large rail user group. Inside Croydon. “You can understand why the RMTs are vying for these stealth cuts.

“The DfT responds to a drop in use post-covid. Philp may well meet with Govia, but he needs to take up the matter with the DfT and the Treasury.

Reduced services from September 4 are…

There are also other problems…

Asked about this, Govia said that its contract with the Ministry of Transport only allowed it to operate this level of service. They say they don’t have enough rolling stock to restore those services, which is disputed by passenger groups, who claim there are 379 compatible rolling stock in stock at one of the leasing companies. They say the government refused to let Govia rent them because it would require more money.

Local passenger groups are also planning a series of booking office closures and reduced operating hours at suburban belt stations in Croydon and Surrey, as operators seek to make cuts in line with the ‘national rail contract (NRC) that they were awarded by the Ministry of Transport in March.

Under the deal, Govia, the country’s largest rail operator, will receive up to £31.7m a year to operate Thameslink, Southern and Great Northern rail services. The NRC, which is to operate until “at least” April 1, 2025, is an interim government arrangement, part of its covid recovery plan. But it offers operators a lower operating budget for services in London and the South East than it used in 2018.

Coulsdon resident Charles King of the East Surrey Transport Committee said Inside Croydon“The DfT version of ‘race up’ is to race down London.

A long wait: passengers at some Croydon stations now have just one train an hour, when there were four

King points out that of all the stations affected by the timetable changes, 10 are in the Philp’s Croydon South constituency – South Croydon, Purley Oaks, Purley, Kenley, Reedham, Coulsdon Town, Woodmansterne, Riddlesdown, Sanderstead and Waddon.

King says rail users should at least heed one piece of advice contained in Govia’s latest press release: “It is important that passengers check their journey planners for travel from Sunday September 4.”

News, views and analysis about the people of Croydon, their lives and their political times in London’s diverse and most populous borough. Based in Croydon and edited by Steven Downes. To contact us, please email [email protected]