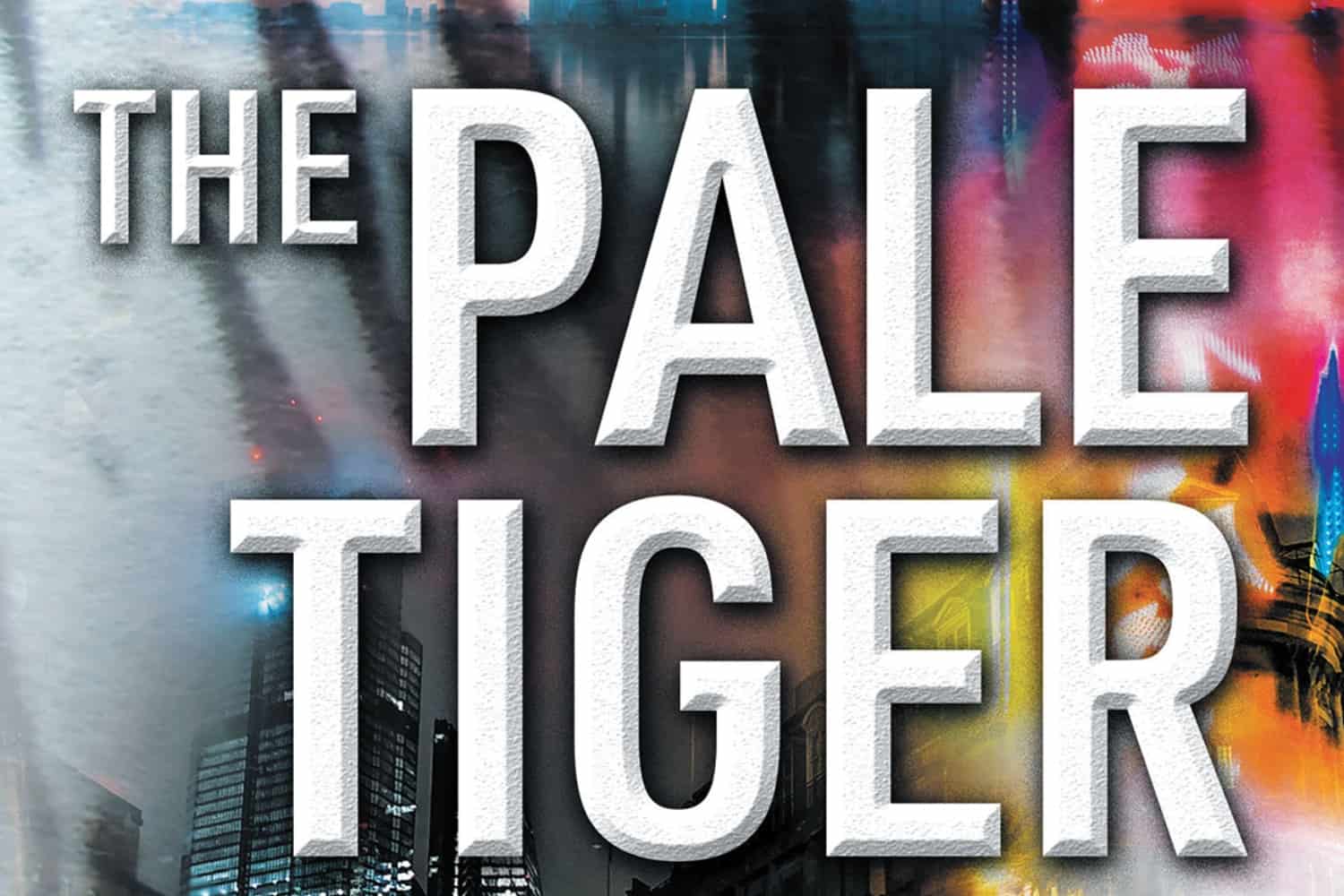 Although they recently got acquainted, author Mike Harrison and illustrator Darren Greenblatt quickly hit it off, both in person and on the pages of Harrison’s The Pale Tiger. The novel, which warns of too real a prospect of war between the United States and China, is a genre of thriller you should not miss. While Harrison’s breadth of knowledge and insight made history, Greenblatt brought the words to life with his fashion-focused sketches. The result? A stylish story that will keep you going from start to finish.

What’s your pitch for the book?
In a severe storm in the South China Sea, an American warship and a Chinese warship collide. Was it an accident? Or is it the prelude to Operation Pale Tiger, a legendary Chinese plot to bring America to its knees. Emma Wilson, an elite MI6 agent, is sent to Hong Kong, behind one of the executives of Crator Capital, a major London hedge fund believed to have high-profile ties to the Chinese government. Back in London, the bizarre death of a Crator Capital analyst catches the attention of Detective Anne Perry. Unbeknownst to them, they are caught in the eye of the same storm and will need all of their courage and skill to stay alive as they are drawn into the murderous world of The Pale Tiger. 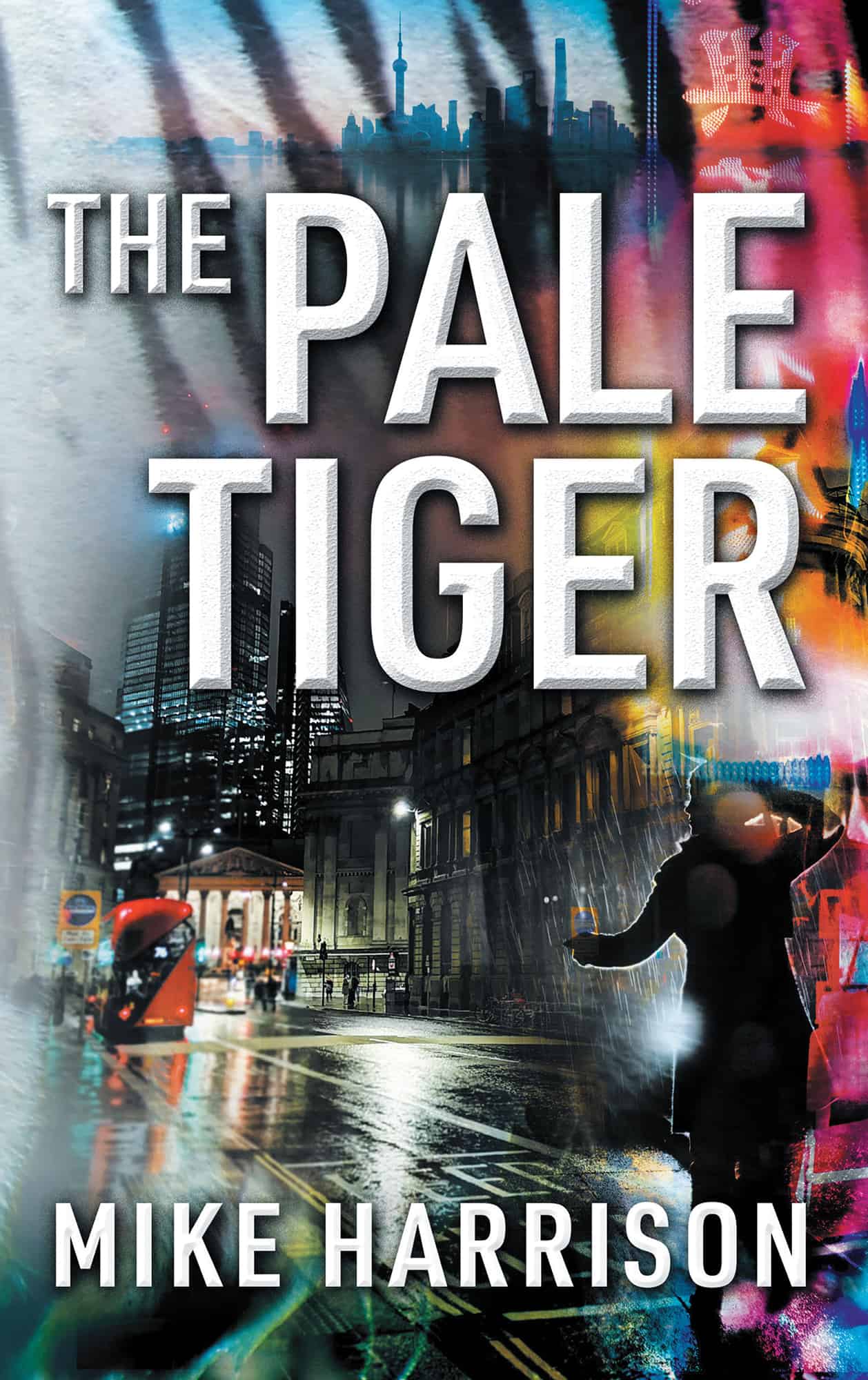 How long did the book in preparation last?
From first strike to last, it took a year, once I assembled the character cast and worked out the plots!

What was the starting point of the story?
I wanted to bring the characters to life, especially my two protagonists, Emma and Anne. I wanted to place the story in the context of a real and relevant geopolitical crisis. How America deals with the rise of China is the great power challenge of the 21st century. I remember reading a headline about a near miss between American and Chinese warships in the South China Sea. I started to think, “Someday the crash will be real, and what could happen next?” “

What role does fashion play in the novel?
What Emma and Anne wear is more often implied than described. Take Anne, she’s an experienced detective and used to showing authority and confidence. The Max Mara cape really captures how Anne’s look is both eye-catching and modest at the same time. The ambiance of the Ralph Lauren trench coat is timeless “London copper”. But there is another side to Anne, which can be seen when she is at her home in West London. She can exchange her street-smart side for the calm of her Barnes cuisine and the warm sweetness of Brunello Cucinelli. Emma, ​​like all elite MI6 agents, is a chameleon. The Burberry leopard print coat is camouflage in a literal and metaphorical sense. She could be anything or anyone, blending into her relaxed elegance. There is a time to hide and a time to do, and Emma in the Stella McCartney coat exudes threat as much as style. She might be on the angels’ side, but she can play hard if she has to. We rarely see Emma on leave in the book, but then is an MI6 agent ever on leave? The Armani costume looks great at an aperitif, but Emma being Emma, ​​it won’t be that simple. She looks like she’s having a good time, but she’s there for a reason, and her prey won’t see her coming.

What made Darren Greenblatt the perfect collaborator to illustrate the book?
We were talking about the two main characters and thought it would be fun to imagine how Emma and Anne would express themselves in a fashion setting, bringing them to life in a different setting. Darren’s work is incredibly original and really captures something of both.

And the book will become a movie!
I recently finished the script with writer / director Niall Johnson, whose credits include White Noise, Keeping Mum, Mum’s List and The Stolen. We had a great time working to bring the story to life for the big screen, led by executive producer Gareth Jones (Lock, Stock and Two Smoking Barrels, Secretary, Damascus Cover and Boiling Point). We are very excited!

Do you think the fictional script for your novel could happen in real life?
Absolutely it could! And the scary thing is that it might not be that hard to get out of it, as you can read in my book.

You are on London time! What do you like most about city life?
I was born here, so the place is in my blood. I love that it’s a global city. People come from all over the world to settle in London. This is what gives the place its energy. And I love humor. Ultimately, Londoners can always laugh at themselves. I also love the weather, believe it or not. Wouldn’t it be boring if it was too sunny, right? 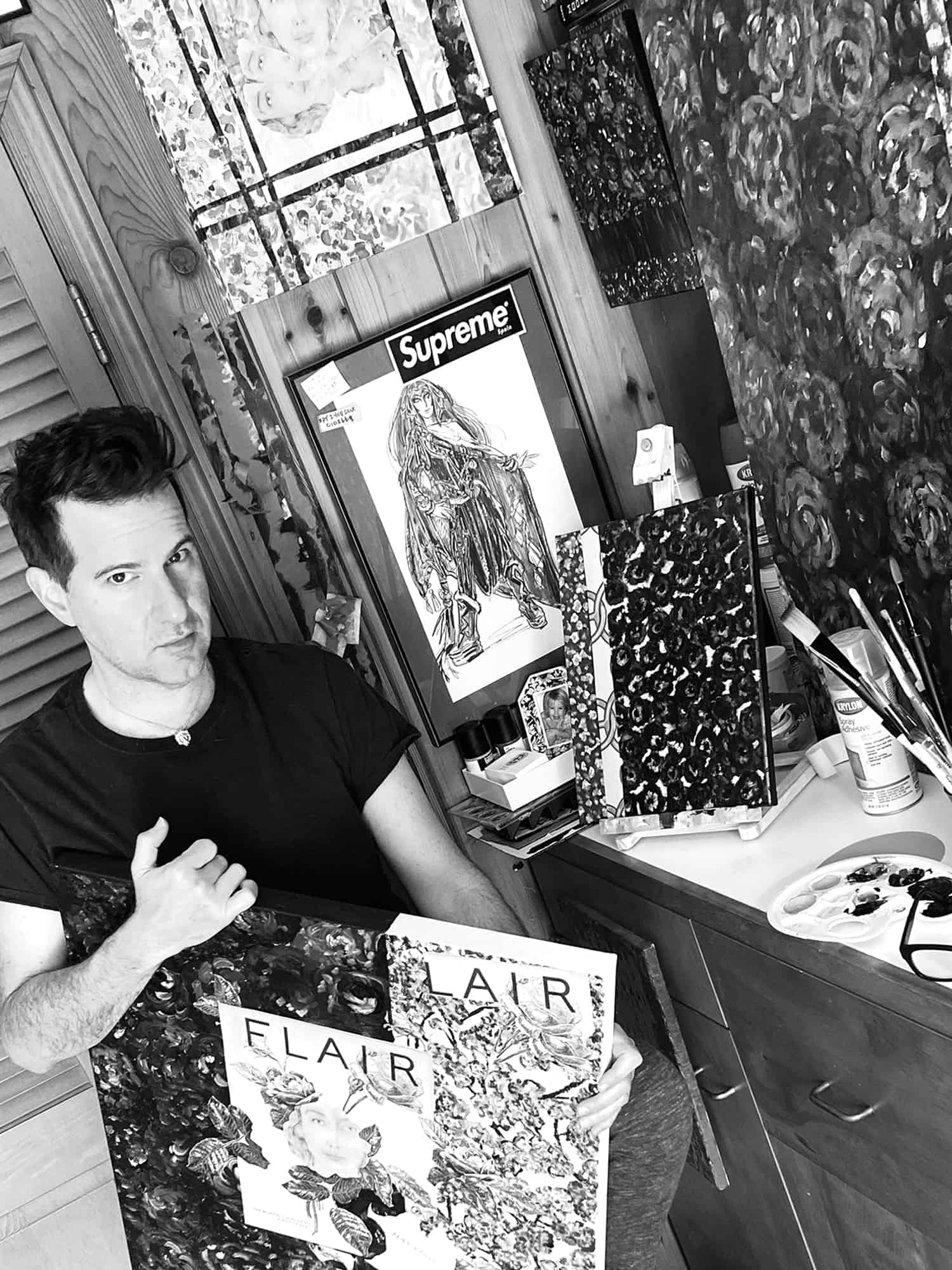 What made you explore fashion through art?
I was a college girl in Bucks County, PA designing all of my friends’ future wedding / prom dresses, so my career didn’t surprise anyone. What’s most exciting to me is that hand-drawn fashion illustrations seem to be making a comeback. Maybe this is a reaction to all the computer generated art out there!

How was it working on this novel with Mike Harrison?
Mike has been great to work with. He is creative, intelligent and has a strong sense of who his characters are. We talked about Emma and Anne’s life, their likes and dislikes, how their jobs and their locations help define who they are and what they wear. Then I would send her runway images of designer looks that I thought would be in their closets. While the novel isn’t a “fashion story” per se, there’s no denying that fashion choices can help define a character and set a mood.

You’ve also worked with designers, like Betsey Johnson and Fiorucci. And you have created your own handbags!
I have had a long and winding career and have worn several hats. When you are a creative entrepreneur, you do whatever needs to be done to make your vision come true. Flexibility is the key, while staying true to yourself. It’s definitely a dance. Looking at all of my work, I now see that the common thread has been to try to help make life more beautiful through the power of good design.

What have you been up to recently?
I left New York after 26 years and moved with my husband and daughter to Princeton, New Jersey. I received some attention for my interior design of our new home. As with everything I have done throughout my career, things have evolved organically into other things – so I started a small business, Princeton Creative services, addressing what I enjoy doing the most, which includes residential and hotel interior design, illustration and painting.

Something exciting about the works?
I have been busy for the past few months. I illustrated a new book by Jeremy Murphy released in March titled F ** k Off, Chloe — Surviving the OMGs! and FML! in your media career. I also worked on the interior design of two locations in Princeton, a chic apartment near DC and a fantastic bungalow in LA (yay for Zoom!). And I spent hours a day painting, which was deeply rewarding and inspiring.