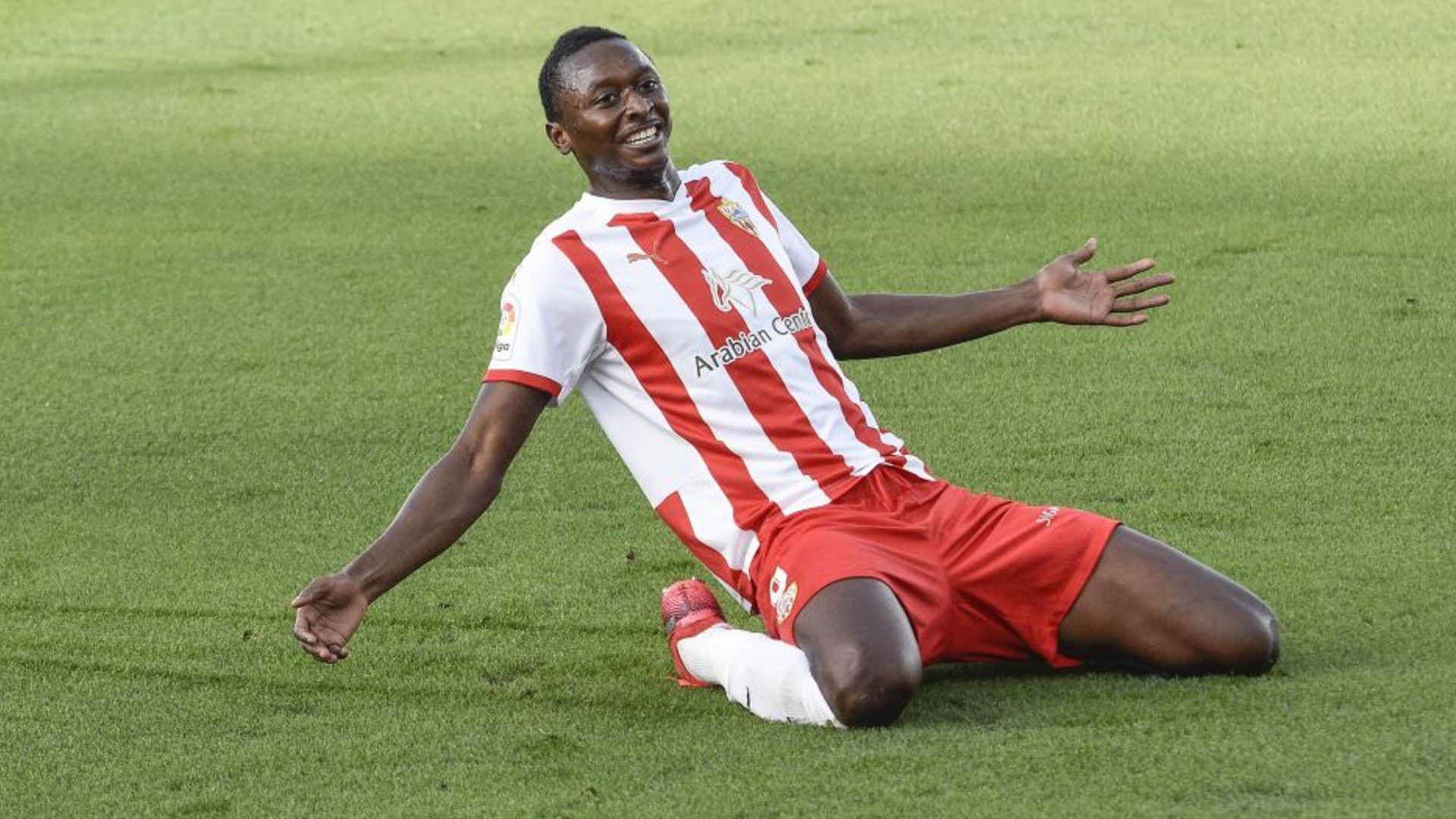 Nigeria international Umar Sadiq was on target as Almeria cruised to a 2-0 victory over Ibiza in their Spanish Segunda Division game at the Estadio Mediterraneo on Friday.

The Rojiblancos were the top side in the game but were forced to wait until the 58th minute to take the lead through Largie Ramazani, who converted from the penalty spot before the 25-year-old Super Eagle , did score a stunner in the 90th minute.

Almeria entered the game without a win in 2022 and they attacked their opponents from all angles, their best first-half chance in the 34th minute when Sadiq set up Arnau Puigmal Martínez but his effort was saved by the Ibiza goalkeeper Álex Domínguez.

However, in the second half, the Rojiblancos continued to look for the opener and it came in the 58th minute when Ramazani was fouled inside the danger zone, and he came forward to send Domínguez the wrong way.

In the 73rd minute, Ibiza were dealt a blow after defender Álex Galvez was sent off for two bookable offenses and Almeria took the opportunity to score the winner in the 90th minute.

It was Sadiq, fresh from the Africa Cup of Nations where he represented Nigeria in Cameroon, who ran in a cross from Francisco Portillo, before rounding up the Ibiza defender and then unleashing an unstoppable effort from the right foot that hit the roof of the net. .

Sadiq has now scored nine goals this campaign after making 21 appearances and raking in 1,714 minutes.

Almeria also saw their head coach Rubi sent off at half-time from the touchline and speaking after the game, the Spaniard said he was happy to have won the match.

“The victory is indisputable,” said Rubi, as quoted by the club’s official website. “The victory means a lot because it allowed Almería to increase their confidence and end a bad streak.

“We went out a little nervous with a rival who made us very uncomfortable, but the most important thing is that we won.”

The win pushed Almeria into second position in the 22-team table with 49 points, the same number as leaders Eibar.

Sadiq will be hoping to continue his scoring streak when Almeria visit Malaga for their next league assignment at La Rosaleda Stadium on Saturday.