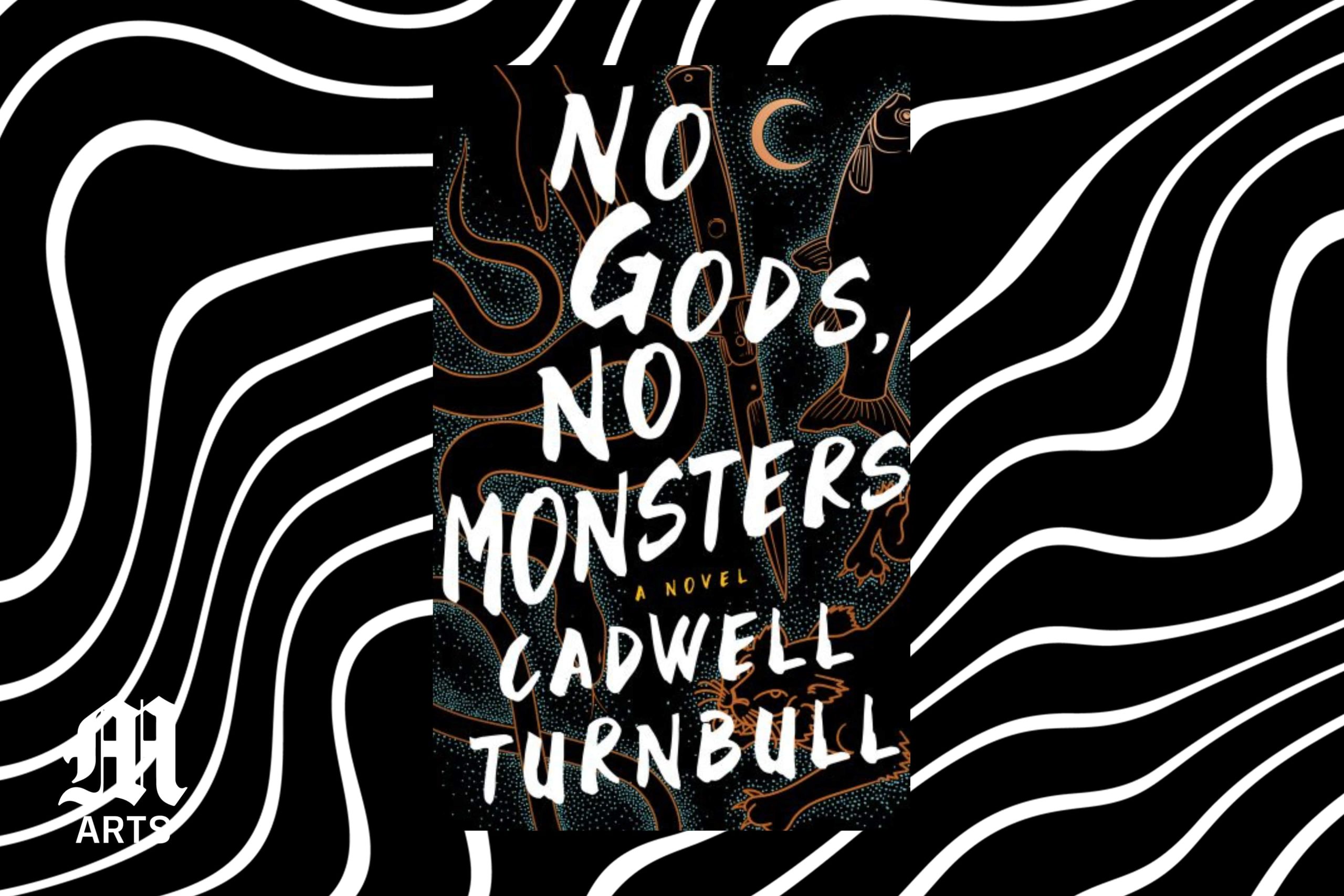 “No Gods, No Monsters” is a page-turner that aims too high

What if monsters were real? It could be your neighbours, your friends or your colleagues. Werewolves lurk in the shadows, witches casting spells and fortune tellers defying the laws of time and space. What if a hidden world of magic coexisted with our own, where powerful orders guard centuries-old secrets and magical blood is passed down through generations of ancient families?

That possibility turns out to be true in Cadwell Turnbull’s new adult fantasy novel, “No Gods, No Monsters,” the first installment in “The Convergence Saga” trilogy. In a world like ours, Laina leads an ordinary life until everything changes when she learns that her brother has been fatally shot by Boston cops. What at first appears to be an act of police brutality turns out to be something much stranger. Soon, she learns the truth: monsters are real. The magical world lurks in the shadow of modernity, unveiled overnight in an event called “the Sundering”. After undeniable video footage related to the death of Laina’s brother leaks online, supernatural beings emerge from the shadows. A legion of monsters – from witches to fortune tellers, shapeshifters to magical creatures – make themselves known to the world.

However, there are darker forces at play. The old magical orders, some well-meaning and some more malevolent, seek to stem the tide of truth. They censor and erase traces of a magical presence, leaving many non-magical humans wondering if what they saw was real. Yet the footage has been leaked and the truth can only be hidden for so long. When magical and non-magical worlds collide, humans find it hard to accept the presence of monsters.

“No Gods, No Monsters” is an enjoyable read, a page-turner that draws you in and leaves you puzzled until the very end. The story is exciting, creative and at times dark, and the reader feels the mix of horror and curiosity alongside Laila as she realizes “it wasn’t a bad dream” and that the monsters are, in fact, real. The novel plays on the uncertainty of the world, the notion that maybe “there’s a world beneath this…as if we’re a speck of something bigger that we’re just glimpsing”. Reality is, at times, inexplicable, and in Turnbull’s novel this is explained by the realm of the supernatural.

“No Gods, No Monsters” shines in how it’s just grounded in reality enough to be plausible. In the novel, secret magical societies effectively censor any trace of the magical community on the Internet. The reader wonders: “Is this the reason why we are not aware of any supernatural force?” In a digital world, truth and knowledge are only a Google search away, but the possibility of censorship is all too likely. With misinformation rampant on social media platforms like Facebook, it’s hard to know what to believe anymore. Maybe all the signs of supernatural life are there, but we just aren’t looking hard enough.

As a fantasy novel, “No Gods, No Monsters” is unique in tackling issues of prejudice, inequality, and bigotry. Turnbull’s cast of characters draws inspiration from a range of marginalized people — racial minorities, the LGBTQ+ community, oppressed outcasts — and tackles social politics through the vehicle of “monster rights.” The police shooting of Laina’s brother (a “monster”) at the beginning of the novel clearly invites comparison with real-world victims of police violence such as George Floyd and Breonna Taylor. Yet, ultimately, the book aims too high. “No Gods, No Monsters” is a hodgepodge of current real-life issues, from protests (the 2020 Black Lives Matter protests come to mind) to police attacks to secret online organizations (some eerily reminiscent of QAnon). The result is somewhat overwhelming, as if the reader should be able to unravel a deep message, but there are too many tangled threads to even know where to begin.

Readers looking for fleshed out and complex protagonists might also be disappointed by the two-dimensional characters in this novel. “No Gods, No Monsters” alternates between numerous perspectives, failing to fully develop one character before moving on to the next. From Laila to Dragon, from Rebecca to Ridley, the rotation of narratives without a clearly defined protagonist is somewhat disorienting. The brief moment in the spotlight that each narrator enjoys is superficial and leaves a lot to be desired. While in some novels multiple viewpoints can broaden the scope and add complexity, the structure of “No Gods, No Monsters” ultimately feels fractured and clunky.

Still, the twists are sure to keep readers hooked until the end. The first in what promises to be an exciting and popular series, “No Gods, No Monsters” leaves the reader with a shocking ending and unanswered questions that only another episode can answer. The novel will have you looking closer at the shadows, asking yourself, “Is there a magical world of monsters living right under our noses?”