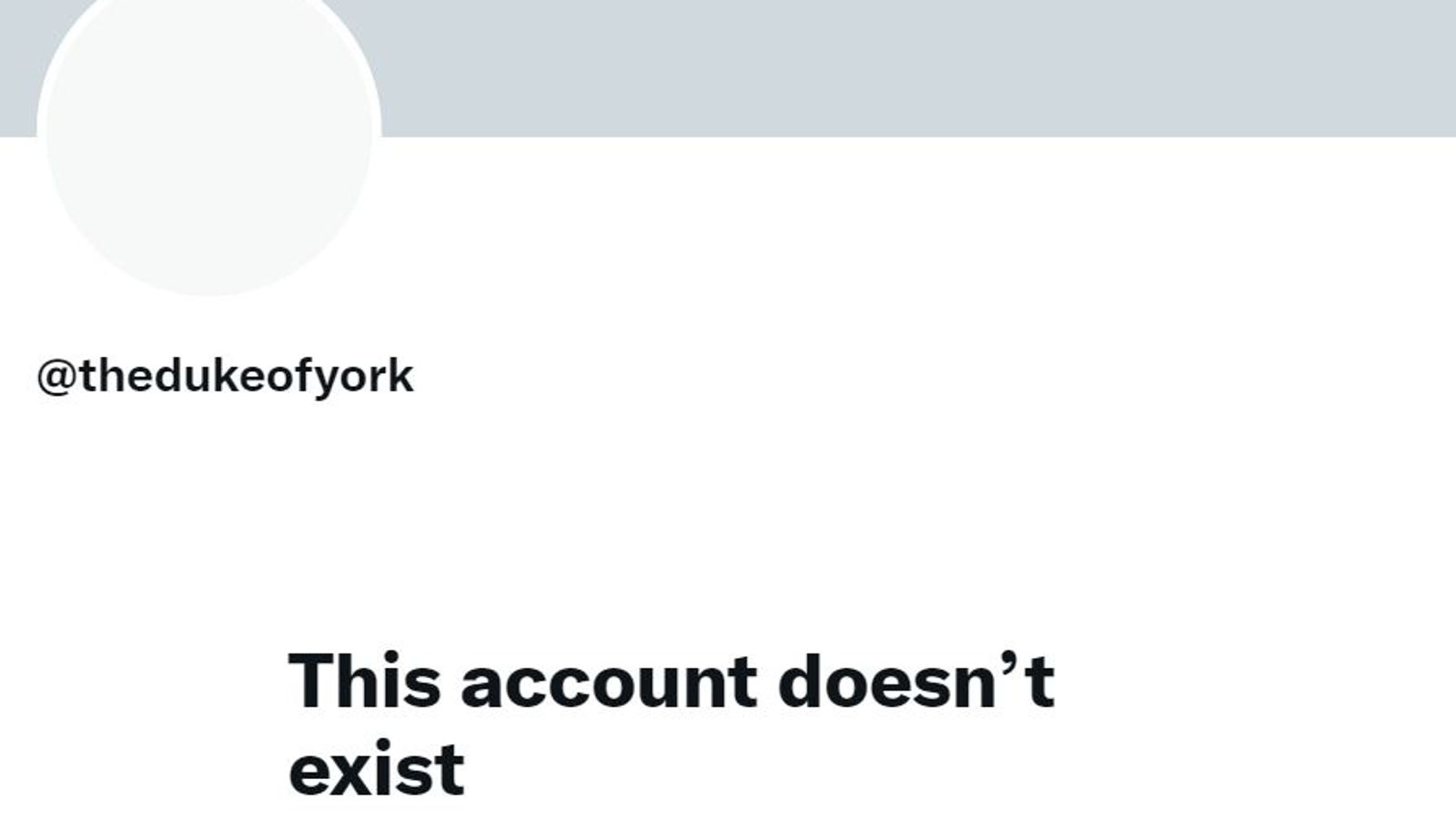 Prince Andrew’s social media accounts have been deleted or made private after the Queen stripped him of his military titles.

the The Duke of York@TheDukeofYork’s Twitter account is believed to have been deleted this week and now leads to a blank page which reads: ‘This account does not exist’.

His YouTube channel is no longer searchable and his @hrhthedukeofyork Instagram page is also now private, but with “HRH” still included in the handle.

The Duke’s Facebook account is still active, but there have been no posts since November 20, 2019, when it was declared he was stepping back from public life.

Last week, following a US judge’s decision to allow Virginia Giuffre’s civil sexual assault case against him, Buckingham Palace announced that Andrew would have his military titles and patronage abolished.

He will also no longer introduce himself as His Royal Highness – HRH.

The statement read: “With the Queen’s approval and consent, the Duke of York’s military affiliations and royal patronages have been returned to the Queen.

“The Duke of York will continue to hold no public office and is defending this case as a private citizen.”

It now appears on the Royal Family’s website, which previously only referred to their November 2019 statement.

The section on “Supporting the Queen” now reads in the past tense: “An important part of the Duke of York’s role was to support the Queen’s work as Head of State.” 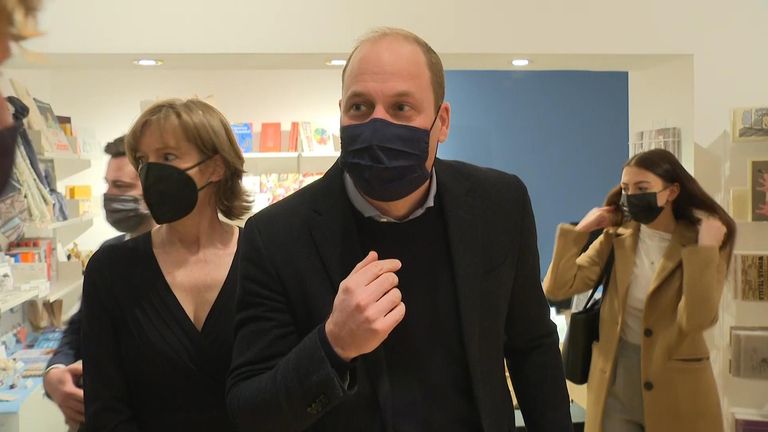 Prince William and Prince Charles both declined to comment when asked about Prince Andrew by Sky News this week.

Andrew, 61, is being sued by Ms Giuffre, 38, formerly known as Virginia Roberts, in a civil case in New York.

She alleges she suffered ‘sexual assault and battery’ at the hands of the Duke on three occasions when she was a teenager and was trafficked by Jeffrey Epstein, the late disgraced financier, to having sex with Andrew when he was 17.

The Duke has always denied any allegations against him and is not facing any criminal action in the US or UK.

What has happened in the case so far?

So far, each party has called two witnesses.

Andrew’s legal team have summoned Ms Giuffre’s husband and psychologist to give evidence about her mental health and claim she may be suffering from ‘false memories’. This was strongly criticized by Ms Giuffre’s legal team.

Meanwhile, lawyers for Ms Giuffre have appealed to a former aide to the prince and a woman who claims to have seen the pair together at Tramp nightclub in London on the day of one of the alleged assaults in 2001.

Andrew told BBC Newsnight he was at a Pizza Express in Woking with his daughter on the evening in question and was sleeping at home.

Ms Giuffre claims there were two other occasions – at Epstein’s New York mansion and on his private island Little St James.