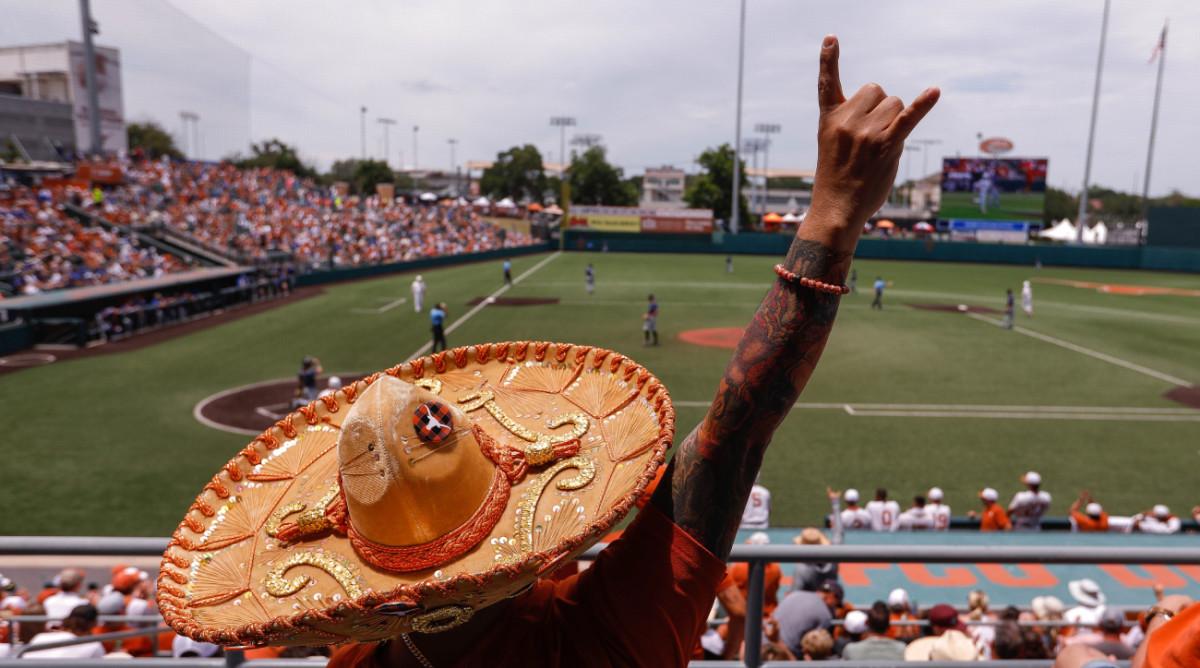 The 27-year-old Texas A&M alum used the gesture during the Texas-Oklahoma State WCWS game last week. The Horns Down sign is used against Texas fans, who usually do Horns Up.

Following this incident, Collier received an email regarding his concert, allegedly from the College World Series of Omaha, Inc. In a screenshot posted by Collier on his Facebook page, the NCAA said that they ” documented evidence that he made offensive gestures and made fun of a participating team…and we don’t feel comfortable allowing him to play.”

“I’m party neutral and showing my support or lack of support for a certain team after the anthem, I can see how upset anyone could be about that,” Collier said, via ESPN. “But the reason I posted wasn’t because I was upset that they said, ‘Hey, you shouldn’t have done that.’ It was because they called the Horns Down of offensive gesture. They said I was making fun of the other team. Those exact words are why I posted about it. Saying I’m making fun of a participating team because I put a Horns Down is ridiculous.”

Collier was scheduled to perform before Game 9 in Omaha after securing a spot through an extensive audition process of more than 100 applicants. He told ESPN he has no regrets except missing his Aggies on their first CWS trip since 2017.

The singer admitted he didn’t think the Horns Down gesture was offensive, as it was all part of the Texas sports rivalry. This instance isn’t going to make him stop doing it either.