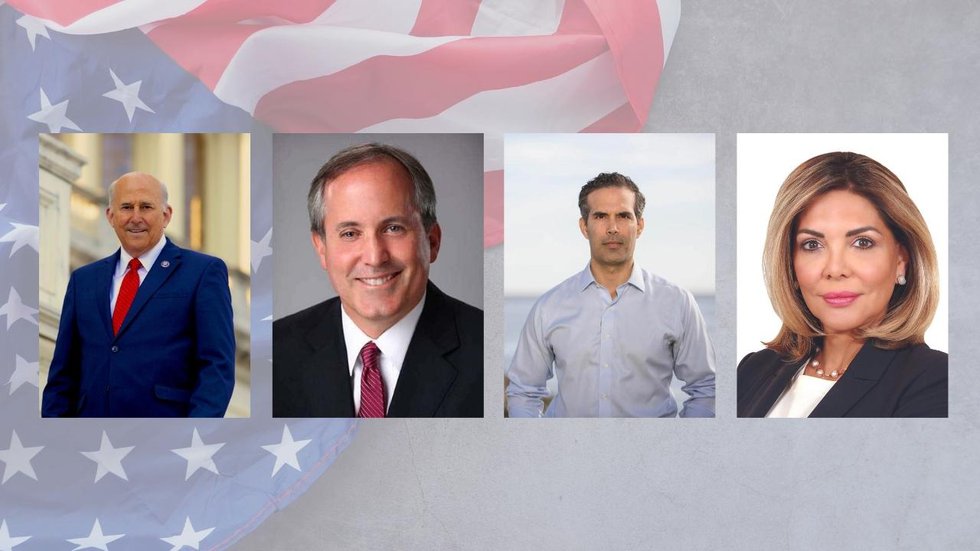 Louie Gohmert, Eva Guzman and George P. Bush are all hoping to unseat Paxton in the primary.

Gohmert says the border and electoral integrity are his top priorities.

In terms of experience, Gohmert said he had the most litigation experience and he said he was a proven fighter.

“I’m a fighter, more than anyone in this race,” Gohmert said. “And I’m the one putting his whole career at risk. To me, it’s worth the risk because we have to save Texas. If we don’t, the country is gone as we knew it.

Eva Guzman is a former Texas Supreme Court justice who resigned to run for attorney general. Guzman said this was the most important race in the state and she was running because she was fed up with the current attorney general’s lack of respect, integrity and results.

“I will fight for all the conservative values ​​we hold dear,” Guzman said. “I have a 22-year track record at three levels of Texas justice, that I’m not afraid to face Joe Biden on day one.”

George P. Bush is currently Texas Lands Commissioner. Bush said he was running because he believed the state deserved better and was an attorney general ready to take on the Biden administration.

If elected, he has said securing the border is his number one priority. Bush said he has experience serving as an attorney general since he was a lawyer in both the private and public sectors, as well as in the military.

Bush said that during his tenure as lands commissioner, he filed lawsuits against the Obama and Biden administration to protect the oil and gas industry, private property and fight illegal immigration.

“I bring fresh new vision, new ideas, new energy to an office that needs it,” Bush said. “Because right now we’ve seen honorable lawyers leave this office, and unfortunately go into the private sector and not take on the big challenges on the streets of Texas on our southern border.”

We contacted Paxton several times for an interview, but were told he was unavailable.

Early voting runs through Friday, though polls are closed Monday due to President’s Day.

Election day is March 1. You can visit each candidate’s website to learn more about them and their priorities. We’ve linked their pages below, in the order they appear on the Secretary of State’s website.