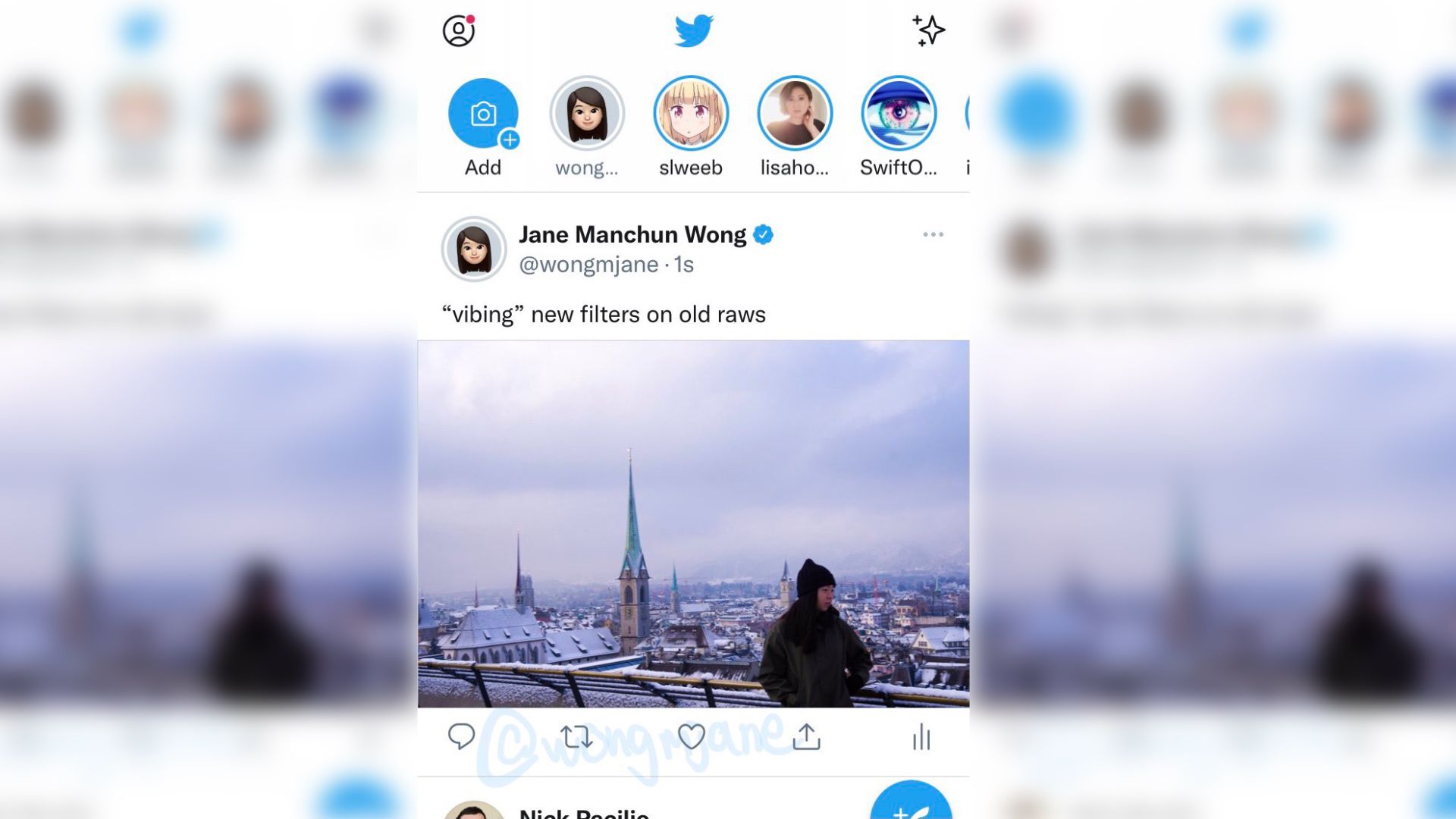 Twitter is testing a new edge-to-edge timeline layout for photos, asking users about the ability to edit tweets

Twitter is testing a new timeline layout in which photos are stretched to the edge of the screen with no horizontal borders, mimicking the design layout of popular photo and video sharing apps, such as Instagram.

The new layout was shared by Jane Manchun Wong on Twitter, who often finds out about features and changes Twitter is working on behind the scenes. The change is still being tested, but according to a screenshot shared by Wong, photos will now go edge-to-edge, compared to the current layout which has horizontal margins on either side of photos.

Separately, as Twitter announced this week that it would be shutting down its story-like feature “Fleets” in August, the company may be eyeing a possible new feature most sought after by users.

In a tweet (via 9to5Mac), the company’s product manager, Kayvon Beykpour, asked his followers if they would subscribe to “Twitter Blue”, the platform’s monthly subscription service, if it offered users the option to edit tweets for a few minutes after they are posted.

if @TwitterBlue lets you edit tweets minutes after they’re posted, would you like to subscribe? let me know why yes/no in the answers! — Kayvon Beykpour (@kayvz) July 16, 2021

While there’s no way to tell if the ability to edit tweets will ever become a reality, the company’s product manager survey certainly indicates that Twitter is exploring the idea again and trying to gather public opinion.

Twitter is testing edge-to-edge images and videos on iOS

Twitter is testing “edge-to-edge” tweets that span the width of the timeline in its official iOS app, a move that would make viewing photos and videos a more full-screen experience. As Twitter’s demo shows, the change brings an Instagram-style look to tweeted media, using dead space on either side of images, videos, and GIFs. Twitter told The Verge it was…

Twitter on iOS now offers users the ability to more easily search for tweets from a specific account, using a new search box that appears on an account page. The feature, which was first spotted on Twitter, gives users a much easier way to find a specific user’s tweets. While the ability was previously possible using the standard Twitter search box, the new search…

Twitter Blue subscription service expands to US and New Zealand

Twitter Blue, Twitter’s subscription service, launches today in the US and New Zealand after launching in Canada earlier this year. Available for $2.99 ​​per month in the US, Twitter Blue adds additional functionality to Twitter. Since Twitter Blue’s debut in June, Twitter has introduced new features, and a preview of what you get for that $2.99 ​​subscription price is below. …

Twitter appears to be testing a new “dislike” or thumbs down button for tweets, which is designed to let people downvote replies. Twitter says the feature is available to “certain” iOS users. The dislike button is visible to the person viewing the tweets, but it is not a publicly available metric or visible to the author of the tweet. The thumbs down option will allow a tweet reply to…

Twitter users will soon be able to change who can reply to their tweets after posting them, the company announced. Limiting who could reply to a tweet was already an option, thanks to a feature rolled out last year, but users had to choose who could reply before posting the tweet. Now they can make that decision after the post goes live. Changing response options on a…

Twitter plans to let users post selected tweets only to “trusted friends”. It is the name of a feature tested by the social media platform that would allow users to limit the audience for specific content to a smaller circle of people. Based on design concepts shared by the company (via TechCrunch), Trusted Friends could be a toggle that lets you indicate whether a tweet should be…

Twitter has been working on some sort of subscription service since last summer, and Jane Manchun Wong, who often explores new app features, shared details about what Twitter is exploring. Twitter’s subscription service might be called Twitter Blue, and right now it’s priced at $2.99 ​​per month. There will be a “Collections” section that allows users to save and…

Continuing the tradition established with the iPhone 13 Pro, only the highest-end iPhone 14 models will feature Apple’s ProMotion display technology, according to a respected display analyst. Ross Young, who has repeatedly provided detailed and accurate information on Apple’s future products, said in a tweet that ProMotion will not be extended to the entire iPhone 14 line and will remain…

A bug in WebKit’s implementation of a JavaScript API called IndexedDB can reveal your recent browsing history and even your identity, according to a blog post shared Friday by browser fingerprinting service FingerprintJS. In a nutshell, the bug allows any website that uses IndexedDB to access the names of IndexedDB databases generated by other websites during a user’s browsing session….

The new iPad Air is expected to launch this spring with an A15 chip, 5G, center stage camera, and more.

Apple plans to release a fifth-generation iPad Air with similar features to the sixth-generation iPad mini, including an A15 Bionic chip, 12-megapixel Ultra Wide front camera with Center Stage support, 5G for cellular models and Quad-LED True Tone flash, according to Japanese blog Mac Otakara. Citing reliable sources in China, the report claims that the new iPad Air could be…

There’s been a lot of talk about what consumers might see from Apple in 2022, but the company is also working on a handful of rumored products that aren’t expected to be unveiled for at least 12 months, and in some cases much longer. Of course, that’s assuming they’re released at all. Apple is working on many potential products, some of which will never see the light of day. With that in…

AirPods Pro 2 could start a new ecosystem of accessories

Apple’s second-generation AirPods Pro could arrive with a new set of accessories, recently leaked images suggest. Alleged leaked photos of the next-gen AirPods Pro obtained by MacRumors showed a charging case with a metal buckle on the side for attaching a strap. Apple hasn’t used this design for any of its other AirPod models and it’s unclear why it would be added in this…

Perforation? Pill? Perforation and pill? Rumors of what the iPhone 14 Pro’s front camera system will look like are moving fast, and now it looks like we could be getting a new but potentially controversial design later this year. Other major stories this week included some confusion and controversy over the disabling of iCloud Private Passthrough for some T-Mobile customers, increasing…