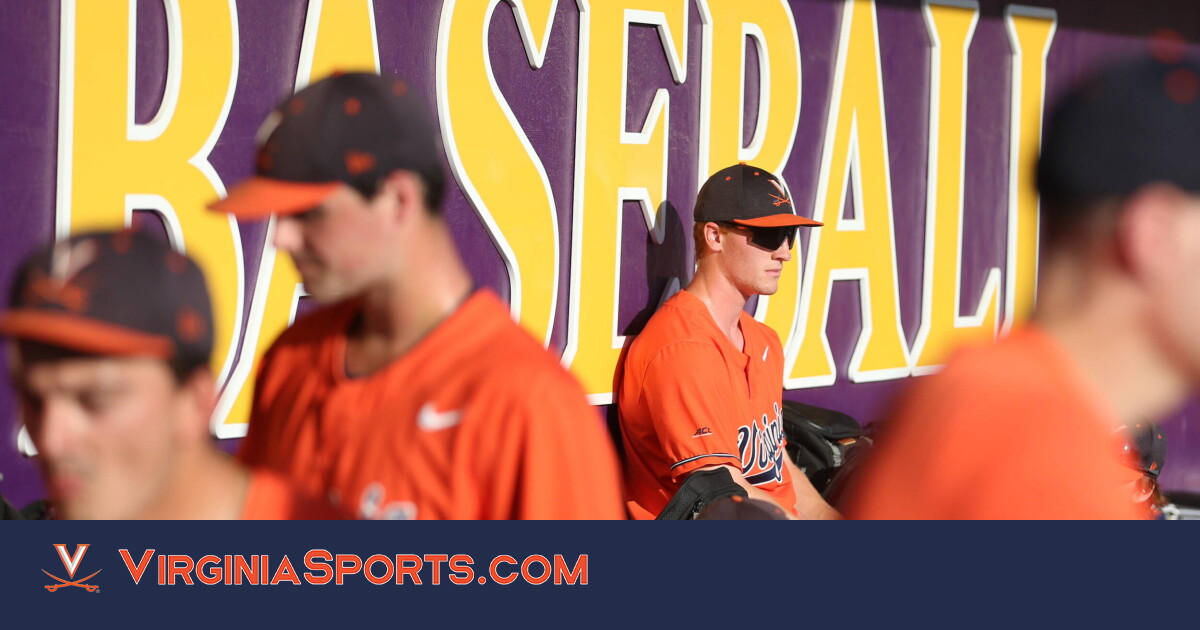 In Game 2 of this regional, Virginia rallied to defeat Coastal 7-2 on Friday night. The Chanticleers, who saved most of their best pitchers for Sunday, knocked out fourth-seeded Coppin State 10-8 in Game 1 on Saturday.

The Hoos trailed Coastal 2-0 on Friday, and they found themselves in the same position against ECU after starter Brian Gursky gave up a two-run homer in the second inning. This time, the Cavaliers couldn’t make up their deficit.

Senior center fielder Chris Newell’s home run in the fifth made it 2-1, but the Pirates responded with a solo homer in the bottom half of that inning. In the seventh, UVA freshman Casey Saucke’s brace moved sophomore Kyle Teel to third, and freshman Ethan Anderson followed with an RBI groundout that cut the lead. of East Carolina at 3-2.

Again, however, the Pirates responded immediately. In the bottom of the seventh, ECU’s Alec Makarewicz walked first, then took second on a passed ball. A sacrificial bunt moved Makarewicz to third, and he headed home on a sacrifice fly that made it 4-2.

A throwing error in the second also hurt the Cavaliers. They were able to overcome their mistakes against Coastal on Friday, but ECU were less forgiving.

“We talk about it all the time, we teach it all the time, we practice it all the time,” O’Connor said, “the little things, they make a difference at this time of year and you’re exposed. when you [make mistakes] … So it certainly cost us dearly. I talked a bit going into this tournament that I felt like our defense for most of the year has been really good for us, and it just hasn’t been to that level. last week.

The Cavaliers offense was not at its best on Saturday night either. UVA had just six hits against ECU pitchers CJ Mayhue, Garrett Saylor, Carter Spivey and Agnos, a Virginian whom the O’Connor family knows well. Agnos’ older brother, Jake, pitched for Team USA when O’Connor was his pitching coach in 2018.

“We just couldn’t get a big hit,” O’Connor said.

In the ninth, after Spivey gave up back-to-back singles to Teel and Saucke, ECU turned to Zach Agnos, who made the short run from shortstop to the mound. Agnos walked Anderson, the first batter he faced, but then, with more than 5,000 fans on their feet, stoked Newell and junior Max Cotier.

His players fought back, O’Connor said, but “unfortunately Agnos is a top player. You have someone playing shortstop for you and then closing the game of that magnitude is pretty, pretty special.

Gursky, a second-team All-ACC selection, went 5.2 innings before making way for Dylan Bowers. A graduate transfer from the University of Southern California who is in his freshman year at Virginia, Gursky allowed six hits, struck out two and walked one.

“After that two-run inning, I thought he had calmed down and done what he had to do,” O’Connor said. “You have a starter who goes out there and goes five over and gives up three runs in the NCAA Tournament, that gives you a chance to win the game. And I thought he settled in and ate the game for us and gave us a chance. Unfortunately, we just couldn’t do enough and that’s a credit to their pitcher and defense. It was very very good. So we will have another opportunity tomorrow. We need to get rid of this one and be ready to go tomorrow.