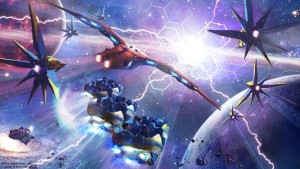 Video released showing the ride layout for Guardians Of The Galaxy: Cosmic Rewind

The online hype for Guardians Of The Galaxy: Cosmic Rewind seems to be reaching boiling point. Over the past couple of months, we’ve gleaned more information about this much-talked-about new roller coaster that’s highly anticipated to come to EPCOT this year.

We reported the leaked potential opening date in late February which came from a tweet by Disney executive Geoff Morrell, who after posting it quickly deleted it. The tweet gave Memorial Day weekend (May 30) as the opening date, but that still hasn’t been confirmed by Disney.

Last week, DSNY Newcast posted a detailed video on Youtube showing the ride layout for Guardians of the Galaxy: Cosmic Rewind which is not only slated to be the FIRST roller coaster at EPCOT in 40 years, but the first MARVEL roller coaster at Walt Disney World. This video is embedded below:

Guardians of the Galaxy: Cosmic Rewind has been in the works for five years and will be the first omnicoaster of its kind that will feature 360 ​​degree rotation. It is a hybrid dark ride and roller coaster and will be around 1600 meters long, making it one of the longest indoor roller coasters in the world.

It will be a family attraction with a confirmed height requirement of 42 inches and although it will not include any inversions, it will be a trill ride with speeds reaching those of Rock ‘n’ Rollercoaster. It will also include an inverted launch which is a first for a Disney roller coaster.

The video uses plans made for riveting work to give details of the ride’s potential layout and includes a roller coaster simulation to give a deeper insight into the customer experience, but without the spin.

The attraction is housed in the former Universal Energy building and guests can enjoy a visit to the Galaxarium for a presentation that introduces the story as well as two pre-shows. Each train will consist of five Starjumper vehicles with four seats each and as the plan is to run nine to ten trains on the track at any one time, it should have a good hourly throughput of around 2,000 to 2,400 guests.

The ride looks truly immersive with screens and props and a whole host of exciting elements including lifting hills, banked turns, tunnels, a descending helix and not to mention reverse launch. It’s still unclear where the reverse launch will take place with likely locations believed to be at the start or end. The soundtrack will consist of at least five songs from the Guardians of the Galaxy movies.