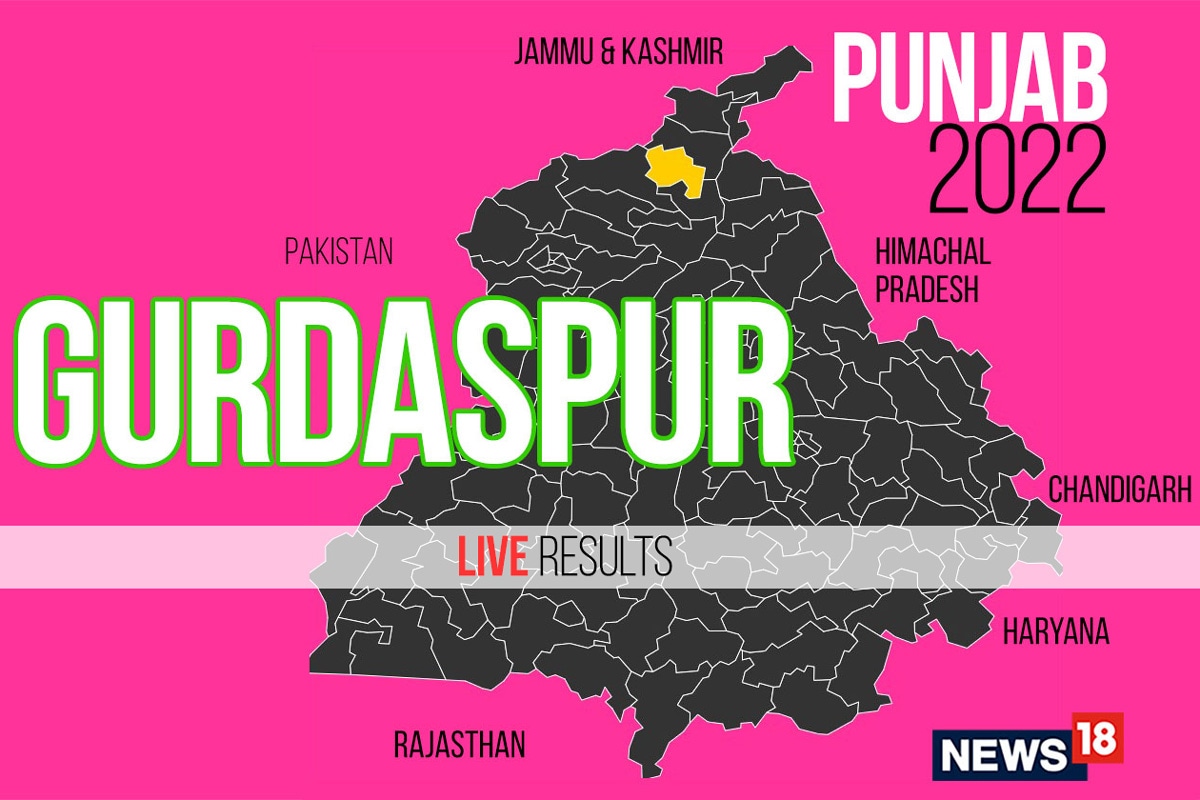 In the 2022 elections, this constituency recorded an estimated turnout of 72.02%, which is -4.04% compared to the 2017 elections. This seat was won by Barindermeet Singh Pahra of the INC in the polls of the 2017 Assembly.

Follow the live updated election results tables on this page for the latest Gurdaspur results.

Constituency No. 4 Gurdaspur (गुरदासपुर) is an Assembly/Vidhan Sabha seat in Majha Region and Gurdaspur District in Punjab. Gurdaspur is part of Gurdaspur Lok Sabha/parliamentary constituency. This seat is categorized as: General, Semi Urban.

In 2012, Gurbachan Singh Babbehali of SAD emerged victorious from this seat beating Raman Bahl of INC by a margin of 21,570 votes or 20.62% of the total votes cast in the constituency. SAD had a 57.25% voting share in the seat.

In the 2014 Lok Sabha elections, the BJP won the most votes in this assembly segment and the AAP won the Gurdaspur parliament seat.

A total of three Assembly constituencies in the state of Punjab border Gurdaspur constituency namely: Dina Nagar, Qadian, Dera Baba Nanak. This constituency shares an interstate border with: no other states.

The total area covered by Gurdaspur is about 317 square kilometers.

Refer to the live updated election results tables on this page for the latest Gurdaspur results.

Click here for the live result per seat updates.