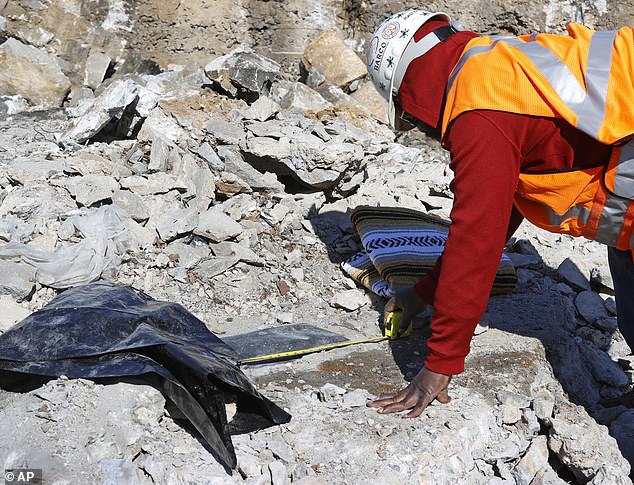 Masonry workers uncovered what appears to be a 121-year-old time capsule on Wednesday as they dismantled the remains of a pedestal that once housed a statue of Confederate President Jefferson Davis.

The Jefferson Davis monument on Monument Avenue in Richmond, Virginia was razed by protesters in 2020.

Crews worked to remove the plinths from Confederate statues that were taken down last month.

The apparent time capsule found this week is likely the third recovered from the Confederate plinth on Monument Avenue, the Richmond Times-Dispatch reported.

In December, a time capsule was discovered inside the former Robert E. Lee statue base when crews dismantled it.

There is also believed to be a time capsule under the Stonewall Jackson statue, which could be found within the next few days, the newspaper reported.

Michael Spence, construction supervisor for Team Henry Enterprises LLC, measures a time capsule that was found under where the statue of Jefferson Davis once stood on Monument Avenue in Richmond, Virginia. 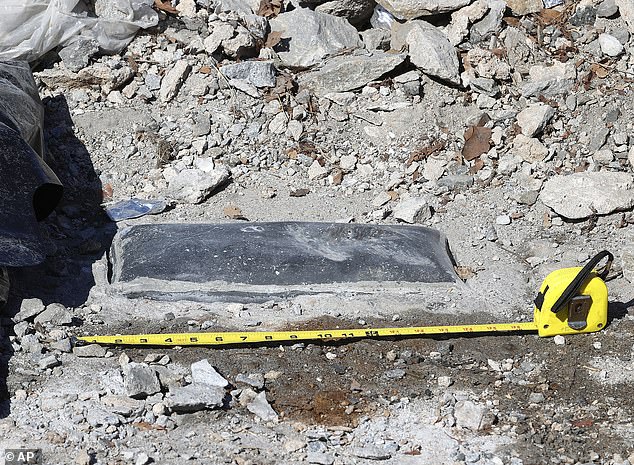 A capstone covered the capsule, located where the statue of Jefferson Davis once stood on Monument Avenue 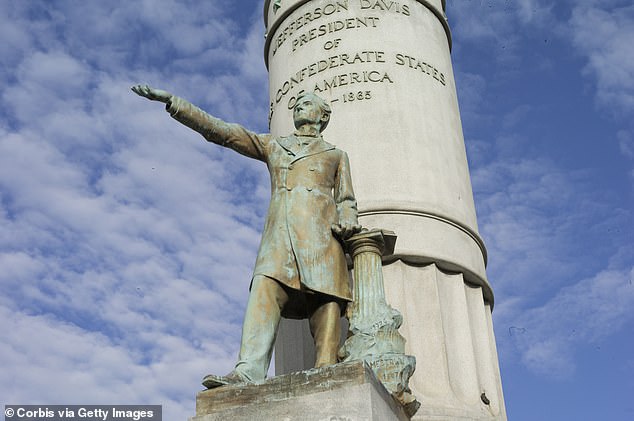 A statue of Confederate President Jefferson Davis dominates Monument Avenue on September 15, 2017 in Richmond, Virginia. It was demolished by protesters in 2020 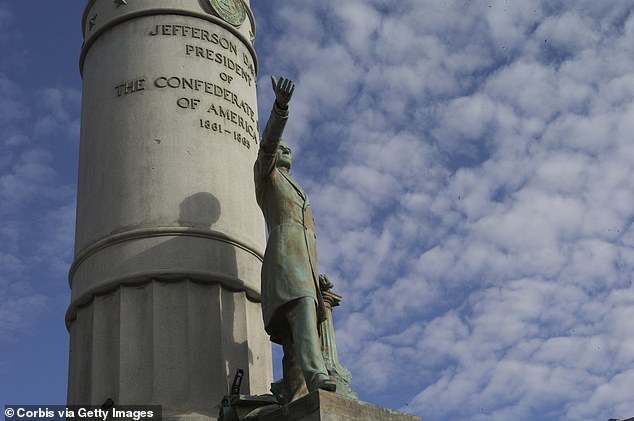 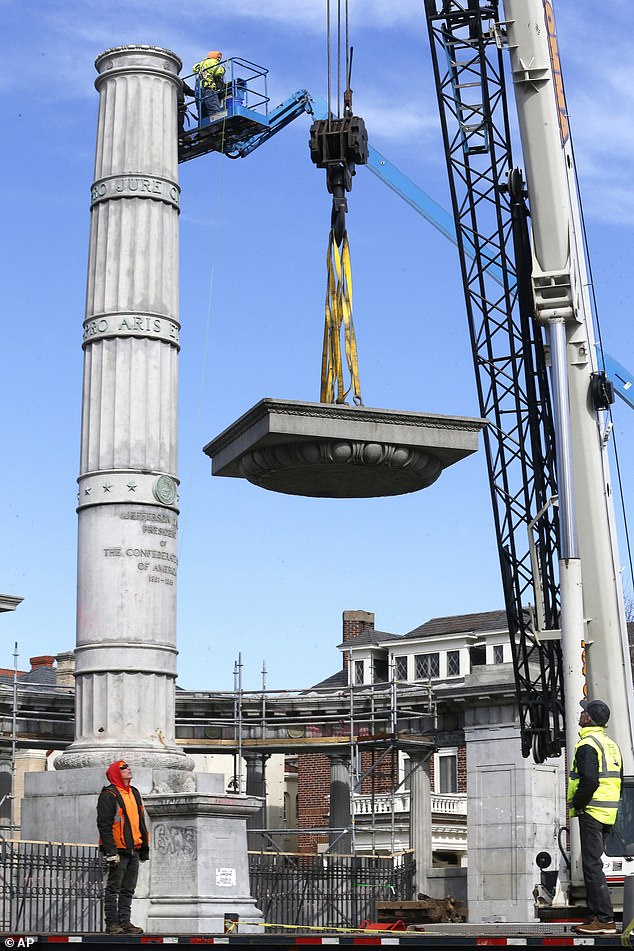 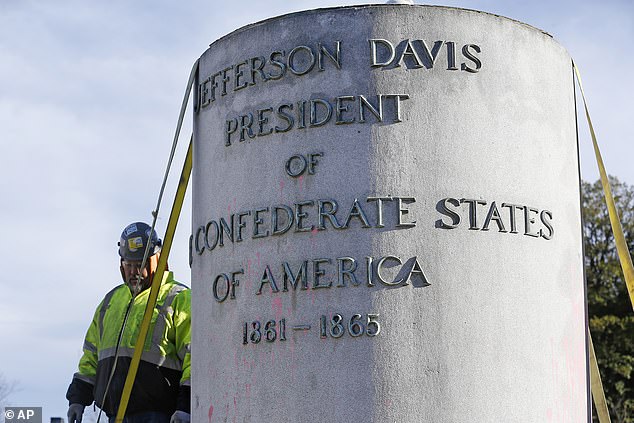 The copper box found on Wednesday, and its contents, will be turned over to the Black History Museum, which will also receive all of the Confederate statues, a spokesman for Richmond Mayor Levar Stoney told the newspaper.

Duarte told the newspaper that when he cut the box out of the concrete, its lid swelled up like a bubble. He estimated the box weighed around 20 to 25 pounds.

According to the newspapers, the box contained relics of Civil War, Masonic tradition and Richmond history, including: a “Guide to Richmond, Virginia and the Battlefields” by Carlton McCarthy; a Confederate $100 bill; the Daily Dispatch and Richmond Times newspapers and a “shard of polished marble from the front steps of Jefferson Davis’ mansion,” now known as the Confederacy’s White House.

“These things are indicative of the mythology of the lost cause and how it developed in the 30 years since the Civil War,” said Christina K. Vida, curator of the Valentine Museum.

She added that the articles represent the views of wealthy white people in the South and the the opinions of black Virginians were not included.

Historic preservation experts in Virginia’s capital opened a time capsule in December that was found in the remains of a pedestal that once housed a statue of Confederate General Robert E. Lee, finding books, coins, ammunition, documents and dozens of other artifacts. 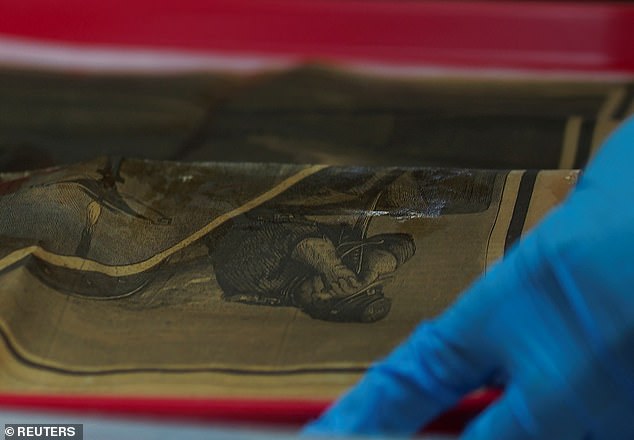 Pictured is an illustration of a man mourning the death of Abraham Lincoln at his grave, illustrated in an April 25, 1965 edition of Harper’s Weekly 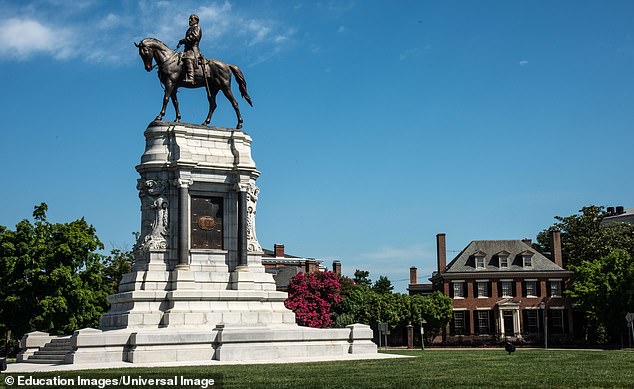 Officials first searched for the capsule after removing a controversial statue (above) of Confederate General Robert E. Lee in September, but could not find it at the time. The real capsule was discovered after the pedestal was removed 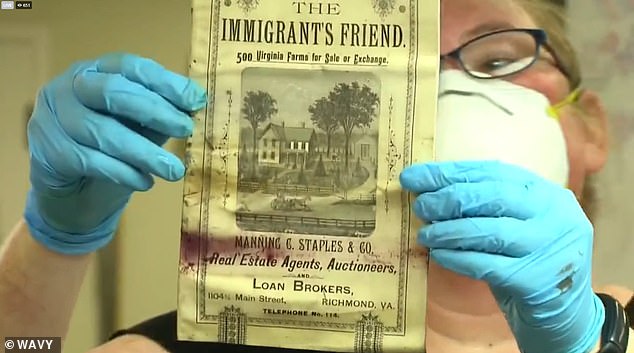 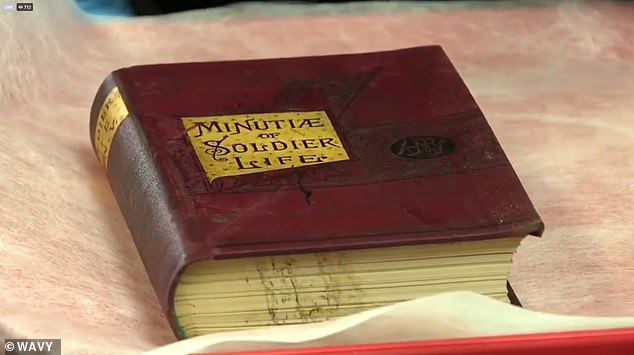 Records held by the Library of Virginia suggest dozens of Richmond residents, organizations and businesses contributed about 60 items to the capsule, including Confederate memorabilia. 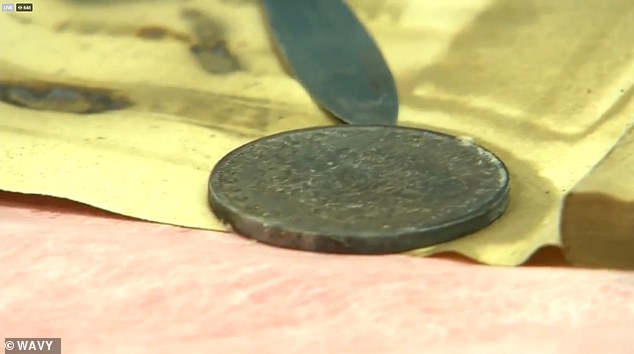 Waterlogged pieces had to be carefully separated from paper relics by conservators when processing the materials.

The box appears to be the real 1887 time capsule filled with Confederate trinkets, after another container discovered earlier was revealed as a waterfall apparently left behind by the monument’s builders.

However, the actual time capsule did not contain the rare photo of President Abraham Lincoln in an open casket as historians had hoped, instead bearing an illustration of the slain president’s grave.

Records held by the Library of Virginia suggest dozens of Richmond residents, organizations and businesses contributed about 60 items to the capsule, including Confederate memorabilia. 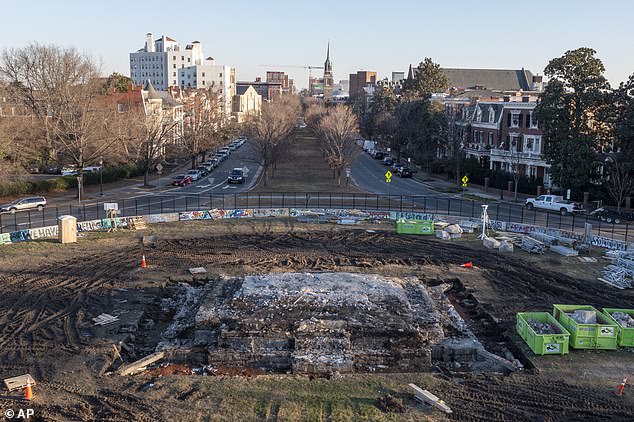 A pile of rubble is all that remains after the removal of the pedestal that once housed the statue of Confederate General Robert E. Lee on Monument Ave., Thursday, Dec. 23, 2021, in Richmond 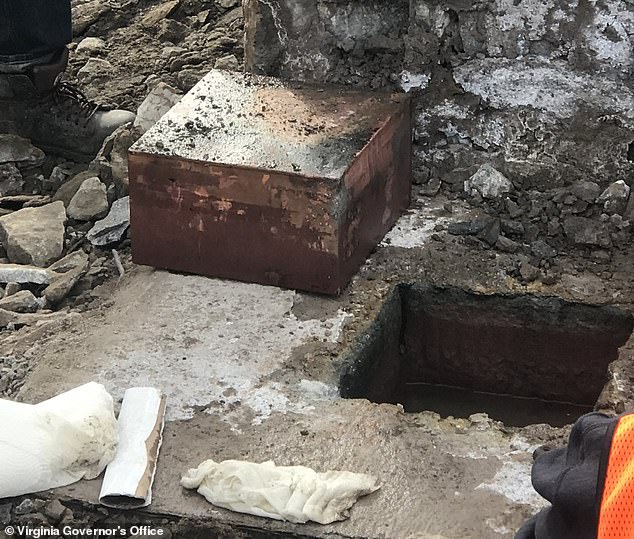 Crews completing the removal of a giant pedestal that once housed a statue of Confederate General Robert E. Lee in Richmond have found what appeared to be a second time capsule 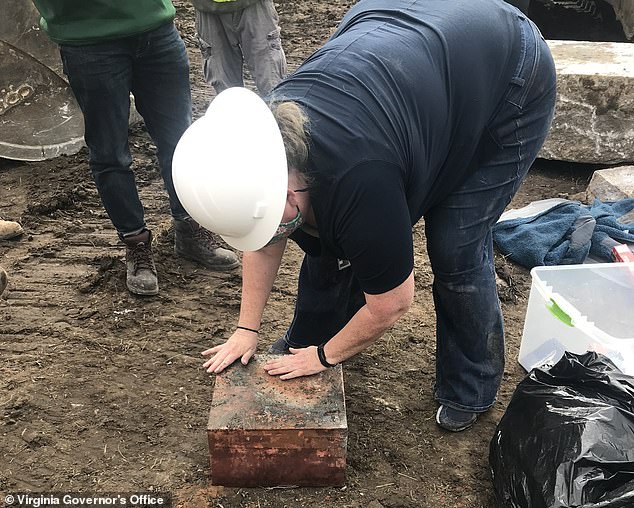 Virginia Governor Ralph Northam tweeted photos of a box removed from the site in December and said curators were studying the artifact. 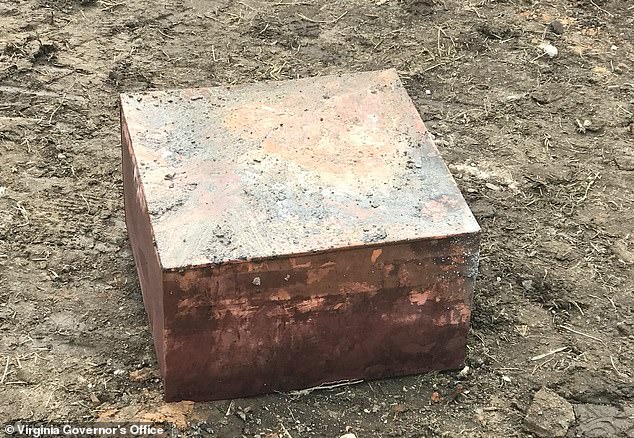