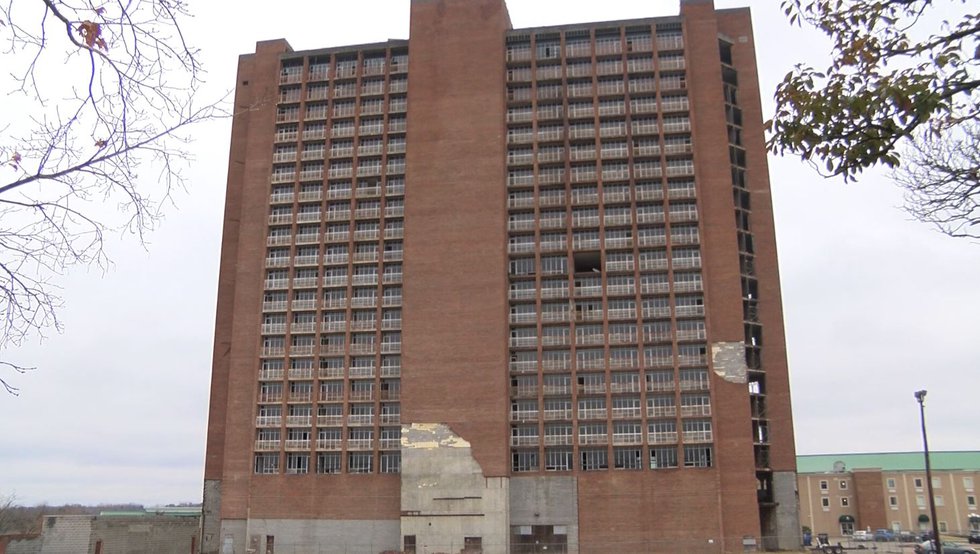 York County says Heritage Tower should have fallen in 2013

A five-page press release from the county claims the 35-year-old tower now owned by MorningStar Ministries should have fallen legally in 2013.

“MorningStar has never presented evidence that York County has treated MorningStar differently from other developers of commercial properties,” part of the county’s press release said. “In fact, York County has shown great patience with the Tower, especially since contractually the Tower should have been demolished by 2013 at the latest. Additionally, since 2006, York County has approved approximately 144 building permit applications submitted by MorningStar for projects other than the tower.

The county said it did nothing to deny MorningStar the right to develop its own property. York County leaders said all they asked was that the group do so “in the same way as any other promoter in a similar situation in order to ensure the safety, health and the well-being of citizens and residents”.

It comes after MorningStar recently said it would redevelop the tower into an active adult community.

Related: MorningStar Ministries to organize the grand opening of the Heritage Tower in Fort Mill

Earlier this month, MorningStar also filed a lawsuit saying a county attorney violated court rules by not consulting with the religious group before filing a motion to reinstate a lawsuit against the group.

In its latest release, the county insists the back-and-forth is not a religious battle, but comes down to legal agreements and community safety when it comes to decaying buildings.

The building is at the center of a controversy that began in 1987.

The site was meant to be the centerpiece of Praise The Lord’s Christian theme park, but the concept fell apart when chef Jim Bakker stepped down.

MorningStar Ministries purchased the unfinished property from PTL and fought various legal battles with the county to develop the land.

MorningStar wants to turn the spot into an active adult community for people in their church who are 50 and older. They say they already began working with contractors and developers on the project when they found out the county was reinstating their lawsuit in August 2021.

While naysayers question the building’s safety and say it’s been an eyesore for 30 years, church members say the county has already spent $330,000 with lawsuits pending, claim the building is structurally sound and say all they want is a place where they can live together.